This has got to be the most ridiculous looking iPod dock I’ve seen in a while. In preparation for the 2010 World Cup, the guys over at Speakal have announced their new miSoccer. 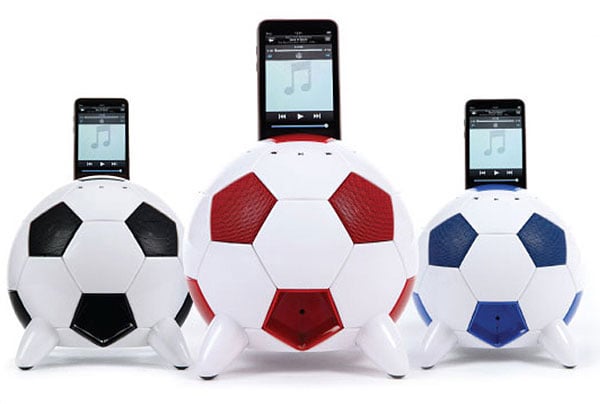 The miSoccer ($119 USD) works just like any other iPod speaker dock, except it looks like a soccer ball (or for the majority of the globe – a football). The miSoccer dock is a self-contained 2.1 sound system, and has two full-range drivers for stereo sound, plus a 15-watt subwoofer inside the soccer ball. It plays and charges all iPod models with the dock connector. It doesn’t say that it’s compatible iPhones though, so I’m betting you’ll get that annoying GSM interference if you try one that’s not in airplane mode. 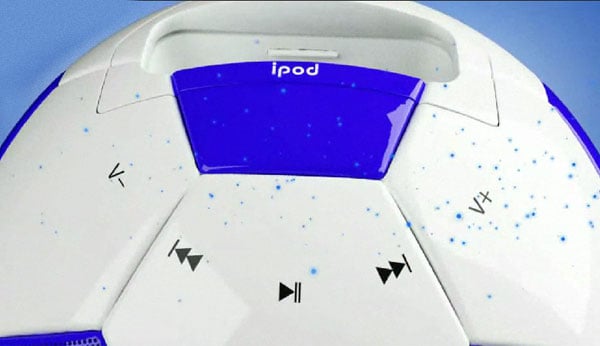 If you’re a big fan of the game, you can pre-order over at Speakal. While you’re over there, pick up an iPig or an iPanda too. I assume Speakal got a really good deal on that orb-shaped speaker mold.

Just don’t try kicking a goal with one.