Next month’s Mass Effect 2 is going to be huge. Not that the first game was any slouch in the size department, with its dozens of (lookalike) planets to explore and the kind of choice-filled plot BioWare is famous for. But it looks like the second offering is going to leave the first in its space dust. 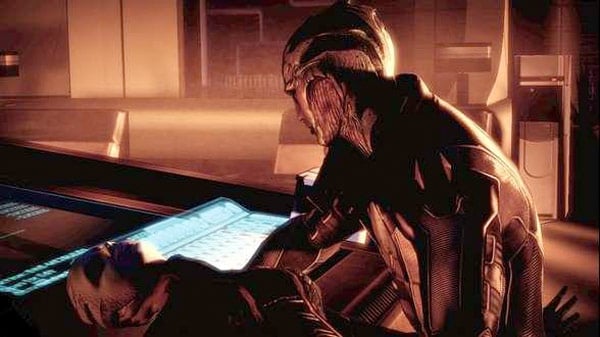 Not only is the sequel spread out across two discs, but the follow-up will also feature a sprawling voice cast packed with even bigger names than the first game, which sported work from the likes of Marina Sirtis and Lance Henriksen. Actors Seth Green and Keith David will be returning for the second game, and a bevy of new actors have been added to the voice cast, from Carrie-Anne Moss and Tricia Helfer to the underrated and fabulous Oscar nominee (and Emmy winner) Shohreh Aghdashloo and Martin Sheen. In case that’s not enough, fan favorites Adam Baldwin and Michael Dorn round out the cast. I sure hope January and February are low points in the movie release schedule next year, because Hollywood is gonna be hard-pressed to pull me away from this one.

At this point, I’m not sure what’s left for the planned third game. Nathan Fillion? That’d be worth waiting for.