Who says 8-bit can’t be graphic? I’m guessing they’ve never seen anything quite like this Resident Evil tribute. 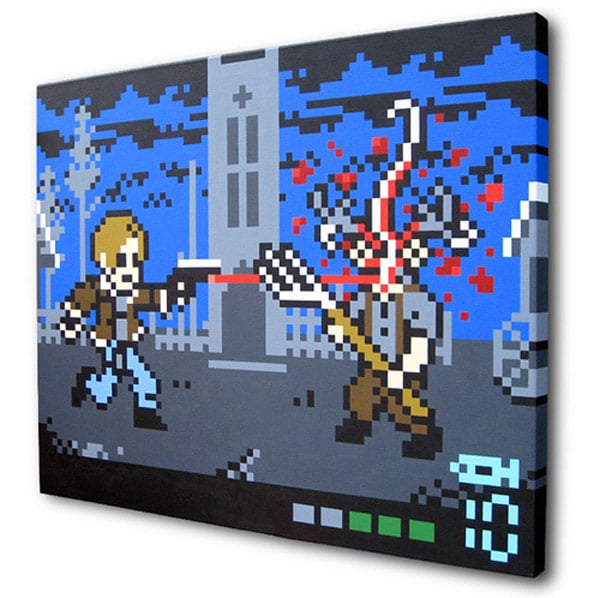 Leon Kennedy can apparently tear up unfortunate farmers even when he’s been broken down to his most basic elements. Also? His jacket remains chic and stylish. Is there nothing this man can’t do? Personally, I’d be more than happy to play the 8-bit adventures of Leon Kennedy, but for now we’ll have to settle for a painting instead of a game.

This particular painting was originally sold at a Child’s Play auction and now the prints–as above–are available at Etsy on canvas for $35. The charity goes on, though; half of the proceeds of each print sale goes to Child’s Play. Who says gore never helped anything?