Did you know that all conversations with the ladies end either in “scoring” (somehow) or having the police called on your freaky ass? That’s what the world seems to boil down to in Don’t Be Nervous Talking 2 Girls, a product of Xbox Live’s indie games community. 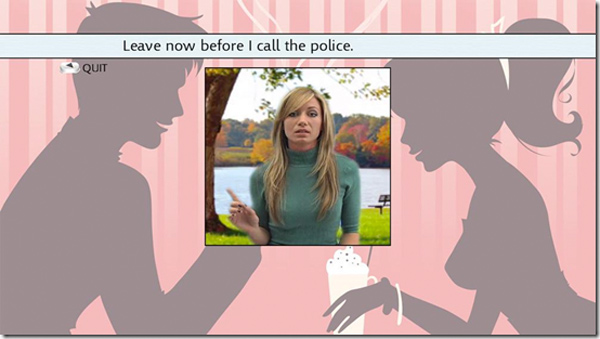 For a mere 80 Microsoft points ($1 USD), you can move through a number of dialogue screens, most of them refreshingly less stalkeriffic than the above, which I’m guessing indicates the end of your game. If not, then I’m guessing this dating sim/edutainment title/bit of hilarity takes a whole new Grand Theft Auto turn.

They’re not all dour and pre-prison, though: 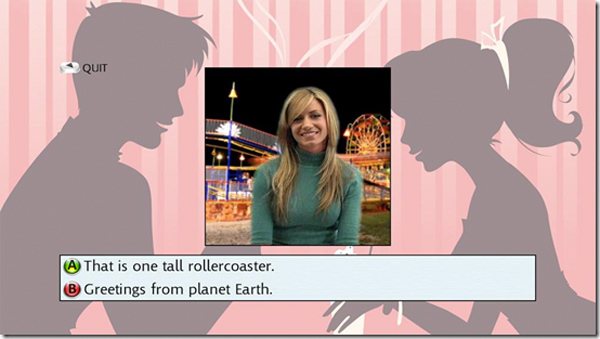 Though if you’re the kind of guy who chooses option B, I’ve gotta say, you may be eventually leading up to that other screenshot.

From my limited exposure, I’m not sure if Don’t Be Nervous Talking 2 Girls is a serious effort or a bit of parody, and really, it could go either way. At the price of a dollar, I may have to find out, if only for science.