Entertainment Earth is selling a Star Trek: The Motion Picture phaser replica, an affordable yet fun gift for Trekkie fans. Or kids, because they’re bound to like anything that lights up and goes pew pew. The replica is based on production blueprints of the movie prop and uses sound effects from the movie as well. Aside from having different settings – heat, stun, kill, disintegrate, overload and safety – you can also separate the phaser from the handle, just like in the movie. 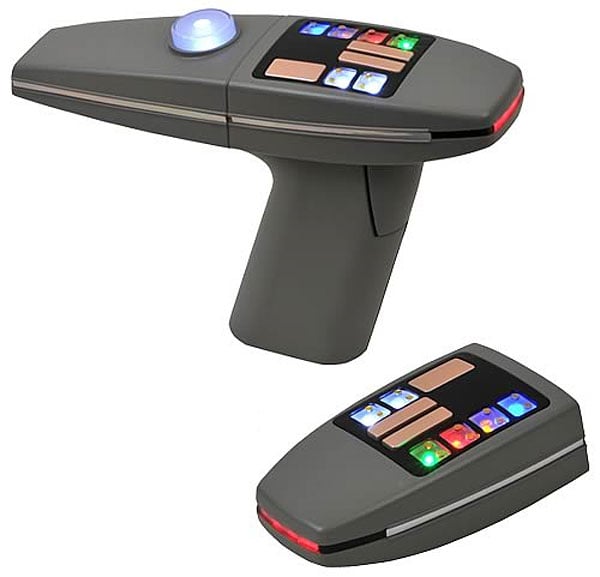 Watch as someone who sounds a lot like Steve Carell demonstrates the various features of the phaser replica:

You can get the Star Trek: The Motion Picture replica at Entertainment Earth for $30 (USD). If you still have some extra money, then get the Star Trek: The Next Generation and Star Trek II: The Wrath of Khan phasers as well, and have a hell of a time debating with your fellow Trekkies (or Trekkers?) over which phaser is more awesome than the other. If you can’t settle it with words, well then commence zapping.