Dreamtouch: Multitouch Display Counts All 32 of Your Fingers

As I sit here in front of my HP Touchsmart PC, I can interact with many applications using my fingertips, but due to the size of the computer’s 25.5″ display, HP had to go with an optical sensor-based multitouch screen, which is limited to detecting only 2 fingers at a time. Now, a display company has figured out a way to build large multitouch screens that can detect all of your digits at once using a grid of infrared sensors. 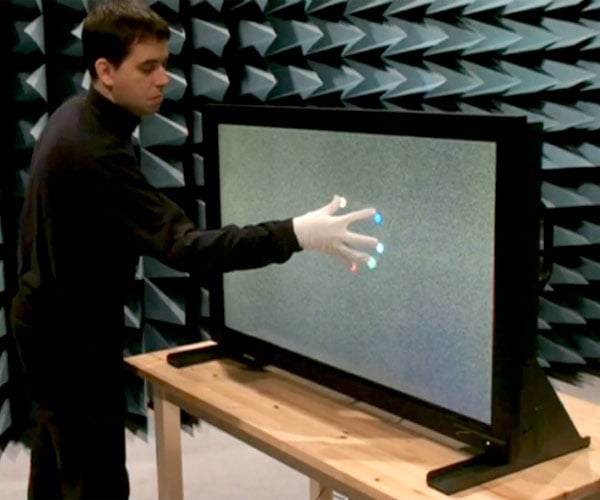 Developed by Germany’s Elektrosil and Citron, dreaMTouch can actually detect up to 32 simultaneous touch points on displays as large as 82″ diagonal. The dreaMTouch can even handle all of those tracking points without any worry about such things as your fingers crossing paths – which can be a problem with technologies like the NextWindow touchscreen tech that HP uses in their Touchsmart desktops. 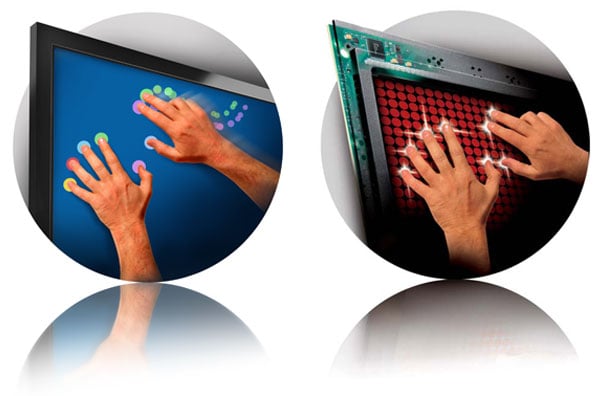 The system is designed to layer on top of existing display technologies, adding a 4mm thick piece of laminated safety glass in front of the screen. Data is then sent to any computer using a standard USB interface.

The dreaMTouch can even detect the size and location of objects placed in the touch area – which means it could be used to build tangible interaction apps like the ones you find on Microsoft’s Surface. Sweet! Plus it interfaces directly with TUIO, a popular open source standard for interacting with multitouch applications.

No word on how and when you’ll be able to get your hands on one of these, so for now, we’ll just have to sit back and wait and live with our primitive old 2 finger multitouch computers. Waaah.