Oregon Trail is an undeniable classic, but all that long, laborious travel, all that pesky resource management… after a while, don’t you really just want to start jumping the mountains in your covered wagon? Let’s Go Find El Dorado is a game tailor-made for anyone who ever wanted to see a cow ramp over the mountains while slogging away on the Oregon Trail. 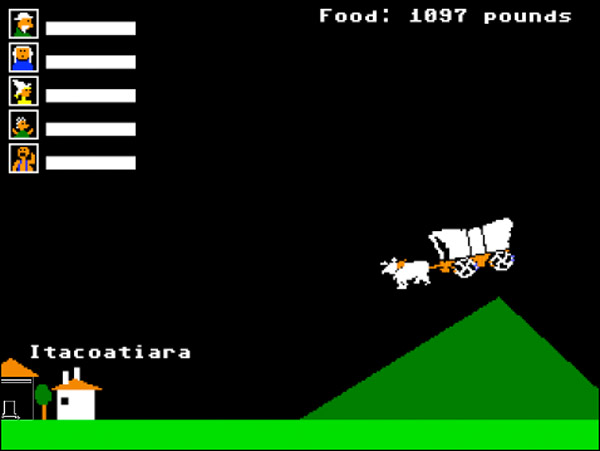 Forget dysentery. I’d be way more concerned about what the canvas of that covered wagon is like after all that flipping around. I’m gonna guess it’s not pretty. Good thing they’re going to the promised land. I’m not sure Oregon would be worth it after that.