Ah Artoo. Fixer of robots and ships, hacker of computers, opener of doors, bleeper of bloops, carrier of Death Star schematics, witness to the Skywalker legacy. If there’s one word that I associate with that lovable astromech droid, it’s “useful”. He’s deus ex machina on three legs. He really deserves to have a highly detailed statue with all his thingamabobs included. 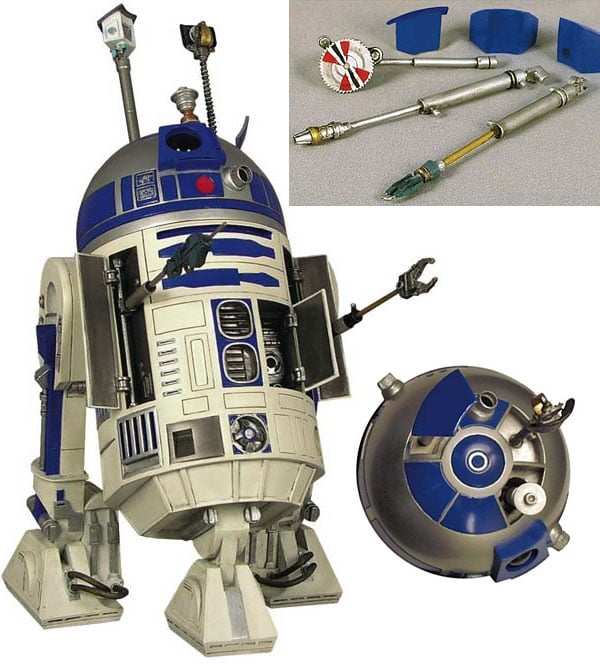 This hand-painted 1:6 scale representation of R2-D2 comes with 8 accessories, including a periscope scanner, mechanical gripper, and utility saw. As you can see you can stick them on Artoo’s head or on his chest. You can pre-order the limited edition R2-D2 statue at the Star Wars Shop for $149 (USD). Unfortunately Artoo won’t make it in time for Christmas; orders won’t be shipped until June next year.