Enfren’s new environment-frenly friendly lamp isn’t called a “free style lamp” for nothing. The lamp not only has a bendy neck that allows users to adjust the height or angle of the light, the LEDs are separated into five disks that resemble contact lens cases. This arrangement allows for further customization: you can bunch the disks together to focus the light on a spot, or you can spread them out, presumably so you can share the light. 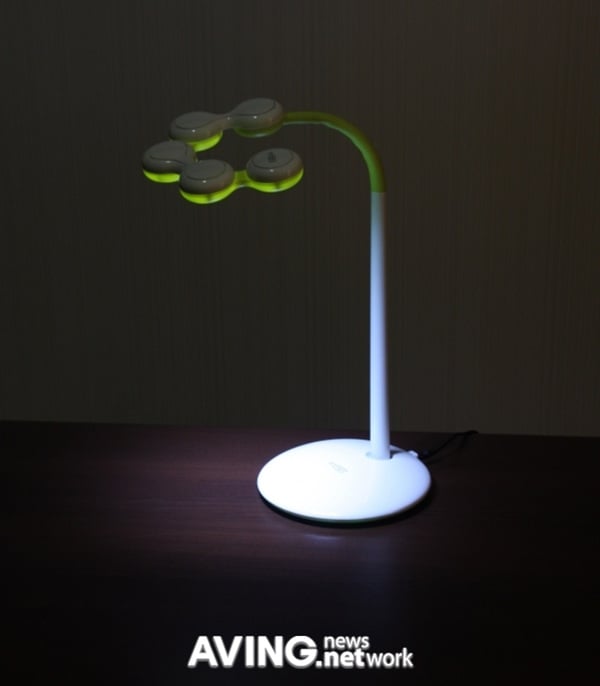 The lamp has three brightness settings and is supposedly 90% efficient, i.e. 90% of the electricity it consumes is converted into light.

Enfren’s free style lamp is currently available only in Korea, and is priced at  ₩78,000 KRW (appx. $67 USD). It would be awesome if we had a lamp that could serve as a general-purpose ceiling lamp, but could also be directed or focused on one area, and also plucked out to be used as a flashlight. It should also be solar-powered, so you could still use it in houses without wiring. And it should also have a built-in PS3 and an HDTV. That lamp would be awesome indeed.

Levitating Moon Lamp: See You on the Light Side of the Moon

Mine’s Bigger Than Yours