Maratac Aaa Flashlight: Heavy on the Light, Light on the Heavy

Although County Comm’s website leaves a lot to be desired, their flashlights are no-nonsense, functional gadgets. Take the Maratac AAA flashlights for example. It’s made of aircraft-grade aluminum and its lens has been treated with an anti-reflective coating. Touted as the world’s smallest AAA flashlight, the Maratac AAA measures a mere 2.7-inches and weighs only 20 grams (obviously it’s going to weigh more than that when you add the battery). On the low setting, you’ll get 50 hours of light at 1.5 lumens; on medium, 4 hours at 18 lumens; and on high, 48 minutes at 80 lumens. 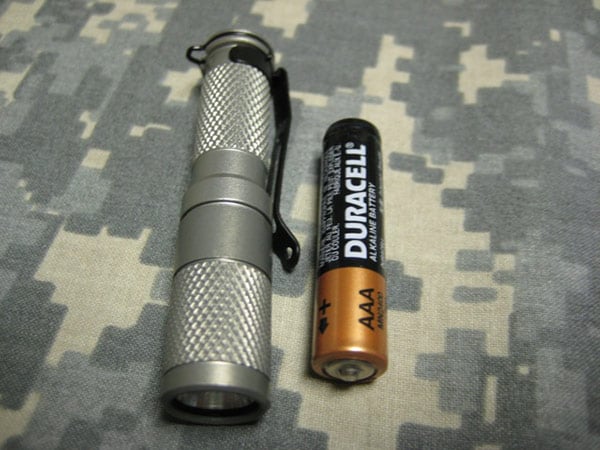 Now I’ve never actually used an LED flashlight so maybe this is just me, but I was really surprised at how bright this tiny motherflipper can be. Note that in the video the guy says that the highest setting is at 62 lumens, but on their website it says 80 lumens.

I actually watched that video three times because I wanted to make sure that at around 0:34 the guy actually says, “We made this light very simple and the reason for it was HEY: Simple. Is. Always. Works.” Stuff like that make my day. 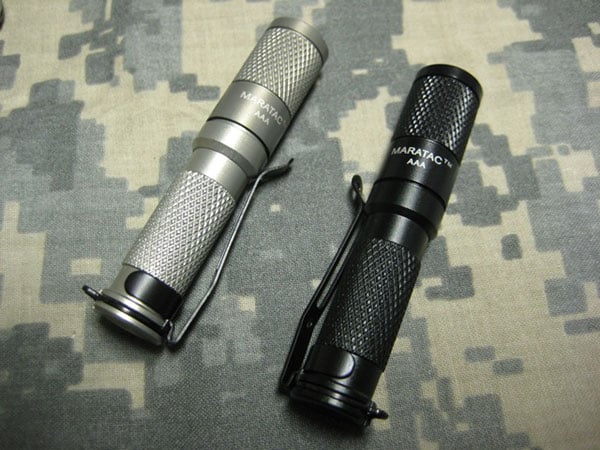