With all the buzz about tablet PCs like the soon-to-be-maybe-released CrunchPad JooJoo and sure-to-be-possible-someday Apple tablet, it was only a matter of time before the market will fill up with a variety of tablets and interfaces vying for a piece of pie in the great tablet landgrab of 2010. The upcoming Blump’it takes a slightly different approach from the others, providing a software interface for touchscreen tablets that’ll work on any operating system, instead of a proprietary hardware device. 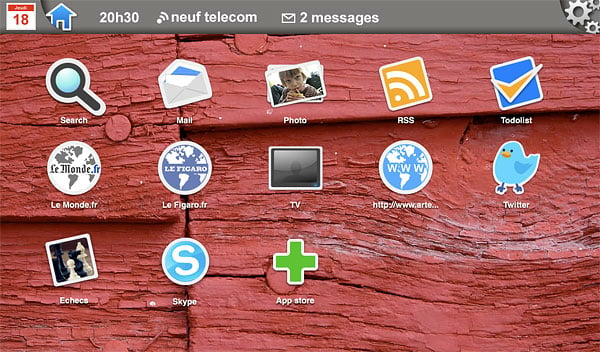 Blump’it is designed to provide an easy, fingertip-optimized interface for accessing Internet applications on wireless or 3G-connected touchscreen device. From what I’ve seen so far, it really just looks like a glorified touch menu for your web browser, but maybe I’m missing something. 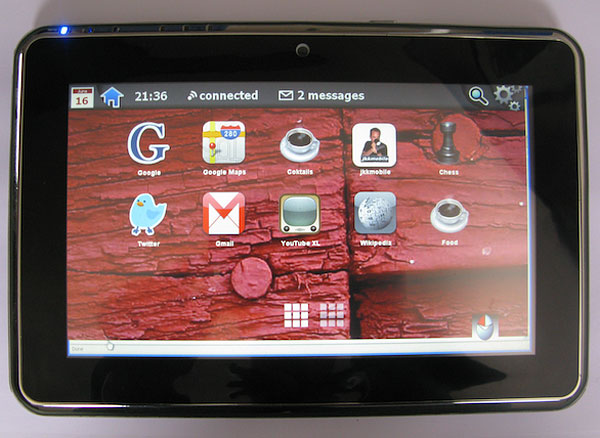 To make it a bit more compelling, Blump’it is distributing an unbranded “lab” tablet with a 10.2″ LCD touchscreen (1024×600 resolution), running on an Intel Atom N270 1.6GHz CPU and a Linux OS/Blump’it interface combo. The tablet measures in at a rather hefty 24.7mm (.972″) thick, and weighs 950 grams (just about 2 pounds) – with the rechargeable battery pack in place. The tablet includes both 802.11a/b/g Wi-Fi and CDMA 3G connectivity – which means that if you’re on a GSM network – you’re out of luck for now.

To see the Blump’it interface and hardware in action, check out this video from the guys at netbooknews… (to cut to the chase, skip ahead to 1:55 for the hardware, and 4:50 for the interface).

Did you notice the Blump’it virtual keyboard is an AZERTY, not a QWERTY? That’s because the tablet comes from France. I’m assuming you’ll have a choice of keyboards once it’s released worldwide – if not, that sure would be silly. Interested? Blump’it is taking pre-orders for the tablet now at their website for €499 or $699 (USD). If you’re interested in checking out the software interface on your own computer, they plan on releasing a Firefox plug-in sometime in January and you can register for the Alpha here. Rumor has it, they’re also working on a Chrome version.