Now this isn’t just another cool-looking humanoid robot from Japan, this robot will actually go one sale! 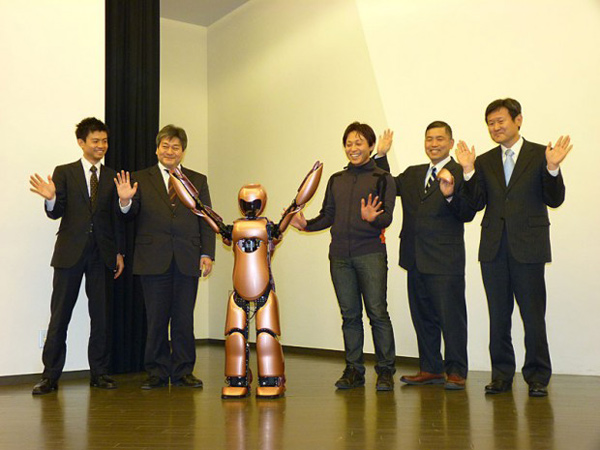 For now, this robot is so new that it doesn’t even have a name. It’s the result of a collaboration between Nippon Institute of Technology, Harada Vehicle Design, ZMP and ZNUG Design. It’s based on ZMP’s Nuvo robot. 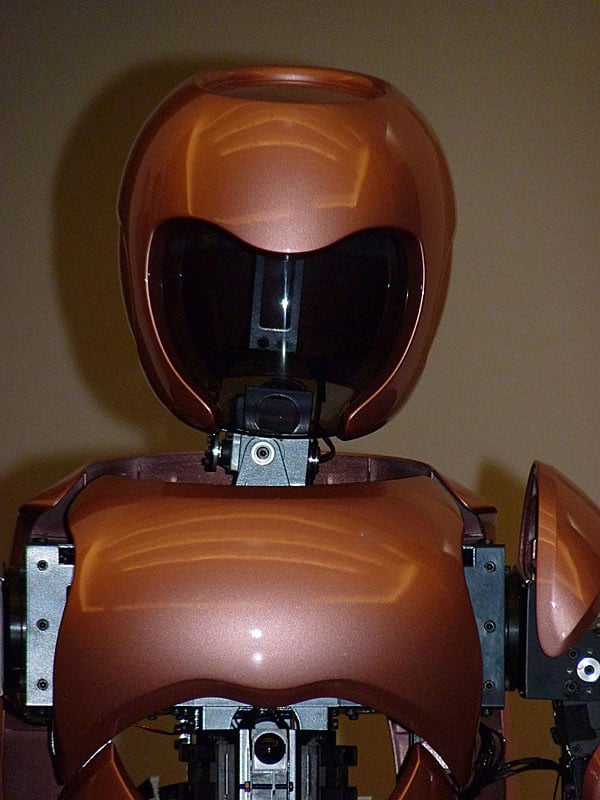 It’s about 4’1″ tall and weighs about 33 lbs. It’s powered by a lithium ion battery. It’s got 21 joints and a bunch of sensors, from an accelerometer to an IR sensor, as well as a distance and a gyro sensor. 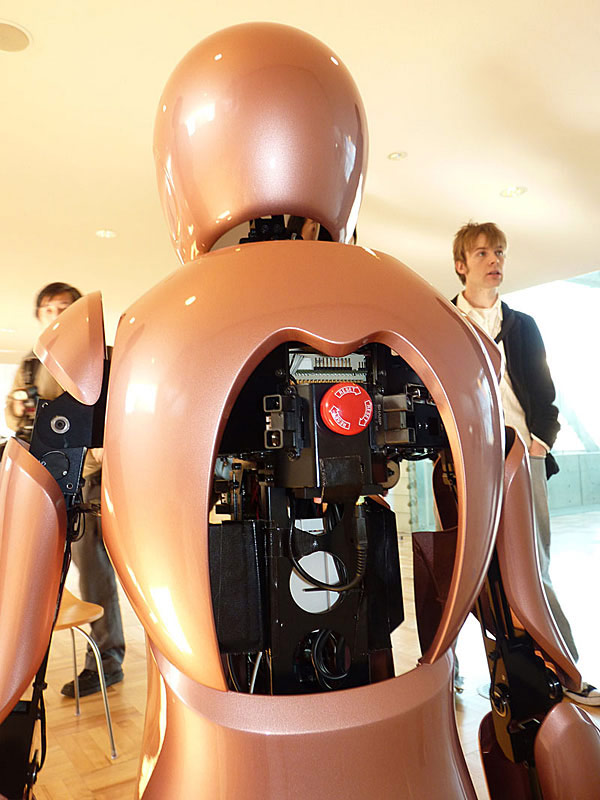 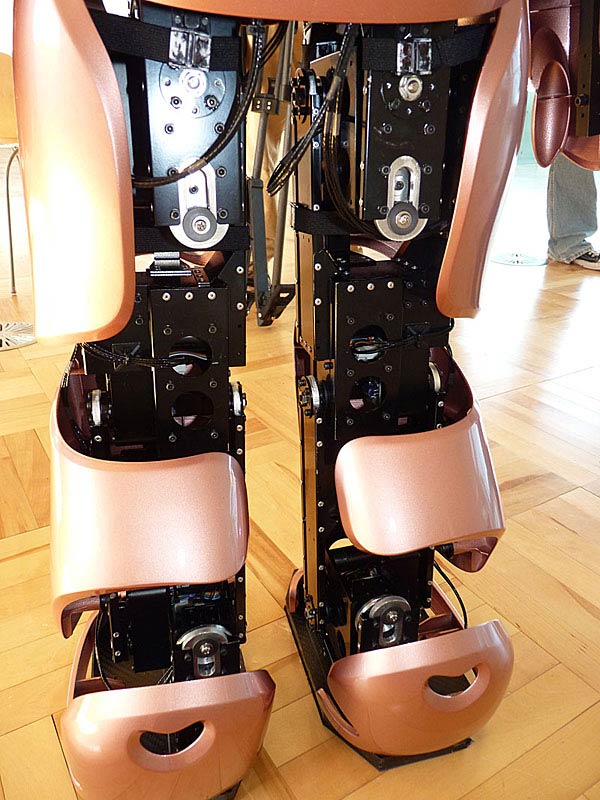 It also comes with a camera and a fully functional video projector. The robot can speak and hear, and can be controlled via Wi-Fi. This robot was basically built so school children can learn about robotics, however that’s not all. It’ll be available for purchase for about $77,000 (USD).

[via CrunchGear, photos via Robot Watch]