Adrenalineman: Kansan Man Lifts Car Off Girl… or Did He?

It happened in Kansas, of all places: 32-year old Nick Harris was about to take his daughter to school when 6-year old Ashlyn Hough, a child of one of his neighbors, was accidentally run over by a Mercury sedan backing out of a driveway. Like a speeding… man, able to run as fast as a man can, the 5″7′, 185 lb. Harris rushed to the scene, “grabbed the rear end of the car and lifted and pushed as hard” as he could to get the car’s wheel off of Hough. Then Harris melted the driver’s face off using his heat vision. Just kidding; he wanted to call 911 but she was terribly shaken and did not want to be left alone, so he stayed by her side while bystanders called her mother. 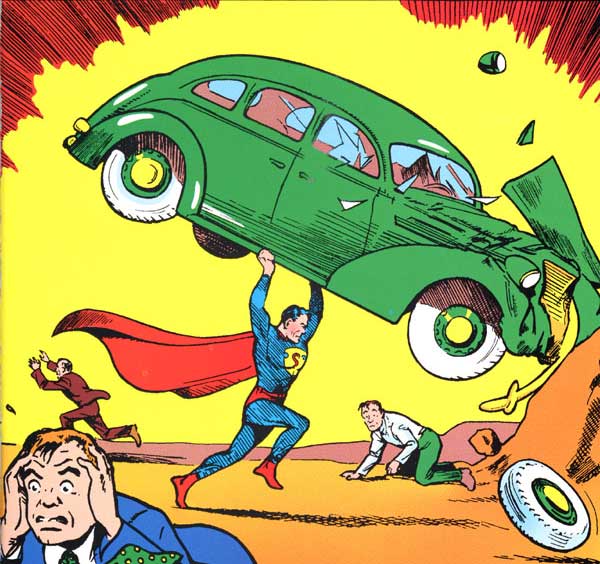 Long story short, Hough only received minor injuries and Harris is now a local hero. There are however a couple of kryptonites in this story: for some reason the Associated Press says that there were no witnesses to Harris’ feats. Ummm… what about the kid he saved? And the driver? And the people nearby? Also, lifting a car isn’t the same as rolling it off of something – or in this case, someone – which, as some of the Boing Boing commenters have pointed out, seems to be what actually happened based on Harris’ accounts. But regardless of what really happened, it’s Harris’ quick response to the emergency that makes him a hero in my book. It’s also funny how Harris tried to repeat his feat later that day but failed to lift any more cars. Maybe your powers only work if someone is in need sir. Or maybe, just maybe, it’s the adrenaline.