What if the pixels from your screen escaped and found themselves wandering around the real world? They’d look like these aptly named Bloxels! 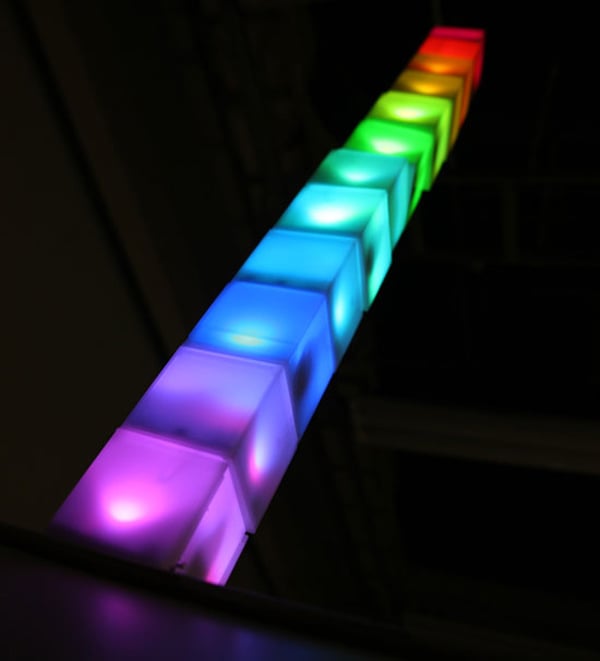 Designer Jinha Lee came up with this concept while he thought about his monitor. These small devices are supposed to be the prototype of a new type of display, on which Lee began working on in Tokyo while at university. 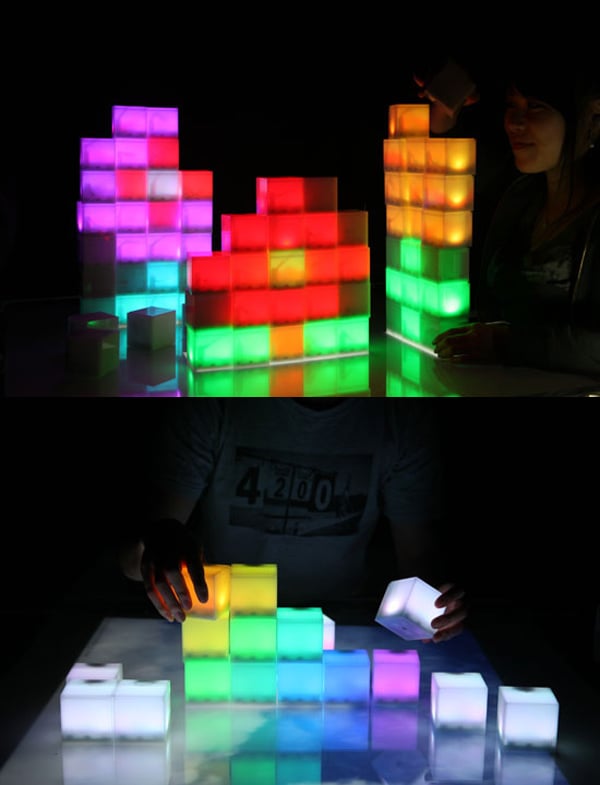 His design uses a bunch of modules that consist of translucent cubes which are able to emit a glow that corresponds to one that is transmitted to it. Each Bloxel is influenced by the ones around it. The image that’s displayed transforms as the Bloxels are moved around.

This type of display is supposed to be used for multimedia artwork or educational purposes, but I think that they make some funky lights as well. You can find out more about Bloxels over on Lee’s website.