Shave Mobile: the iPhone’S Got Nothing on This

Six years ago Motorola released the RAZR series of mobile phones. Now a Chinese company has pwned Motorola – and all other phone manufacturers really – by coming up with a literal razor phone, the Shave Mobile. At one point, the Google-translated version of the CNET Japan write-up on the Shave Mobile says: “Chinese people are not crazy ideas”. That may be the case, but this Chinese idea is definitely a crazy one. As you may have guessed by now, the Shave Mobile integrates a razor into a mobile phone. 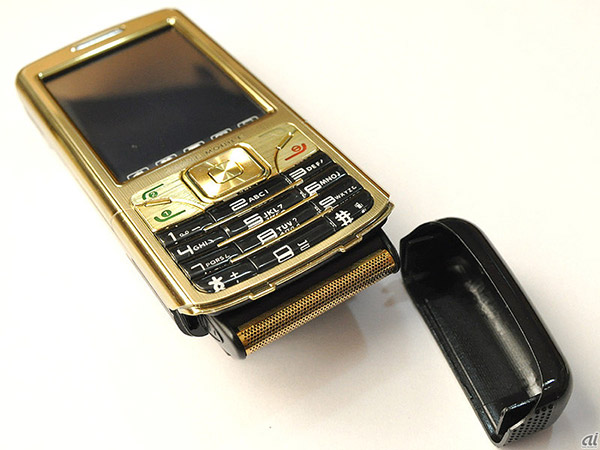 The translation of the CNET article is too hilarious for me to try and find out what it’s really saying, so I don’t have any more details about the Shave Mobile. And oh right, as if to rub it in to Motorola’s figurative face, it seems like they got David Beckham to model for the phone’s ad. 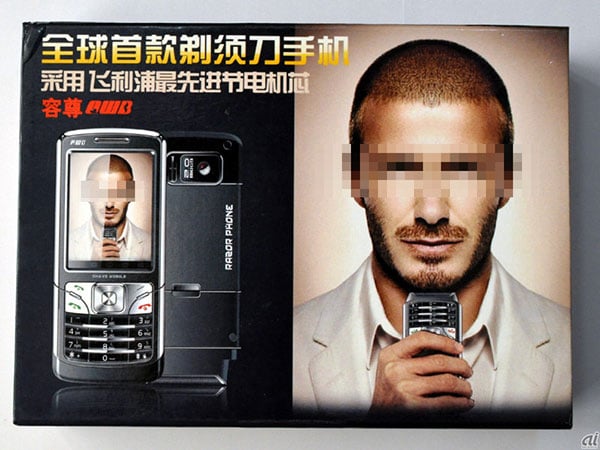 Yeah… I think that that’s Photoshopped. But you just read about a phone with a built-in razor, so what the hell, anything’s possible. Check out Yamane Yasuhiro’s article at CNET Japan for videos and more pics. Or check out the translated version of the article for tons of Engrish fun.