For some reason, Seiko decided to reissue this clock, which was last popular when Ronald Reagan was President. You got to admit though, there is something about it. 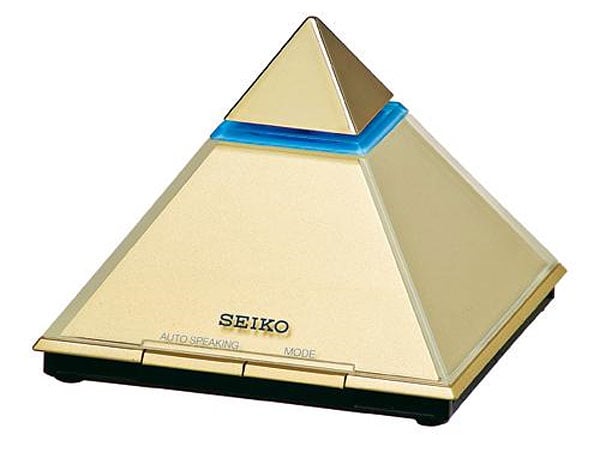 This talking pyramid clock was all the rage back in 1984 when it was released. It was the first talking quartz clock. At its peak, it was selling about 200,000 units a year.

Updates to the PyramidTalk clock include blue LED lighting, spoken date, as well as weather and temperature data, in Japanese and English. I’m kind of wondering why they needed to release it again. It looks definitely retro, and I do have to say that I have a bit of a weakness for talking clocks, especially ones that talk in Japanese.

For now, this clock is only available in Japan for approximately $120 (USD), but if you want to get it now, you should try contacting exporters like Japan Trend Shop, Geek Stuff 4 U or Rinkya.