This interesting new device isn’t just any ordinary remote control. It’s actually a multifunctional RF remote that can be used as a mouse, a joystick, or a remote for your HTPC. And it’s got multitouch support too! 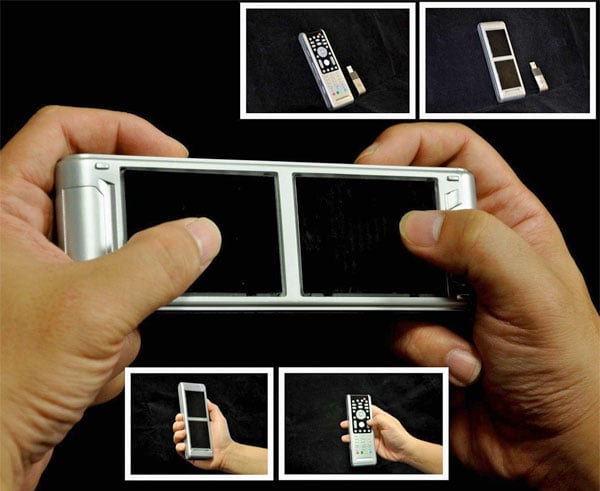 The Elan Smart Remote (model ESR-8020) features a pair of capacitive touch pads, which can be used to interact with any standard PC software. The remote has five modes: mouse, keyboard, joystick, presentation and handwriting recognition. While each pad appears to only sense a single finger press, the pair together can be used to produce Windows 7 multitouch gestures. Flip the remote over, and it’s a full-function AV remote for controlling Windows Media Center apps. Check out the video below to see the Elan Smart Remote in action.

Elan plans on showing off the remote at the upcoming CES 2010 show in Las Vegas. No word on pricing or a release date yet.