Looking like something that Junktown mayor Killian Darkwater might have in his office, the Sojourner keyboard refuses to blend in with the sleek and square modern computers of today. The Sojourner packs a modern keyboard’s guts into something that looks like it has a story behind it, something with a soul, something historic, aged, expensive, while actually being none of the above. Except for the expensive bit. 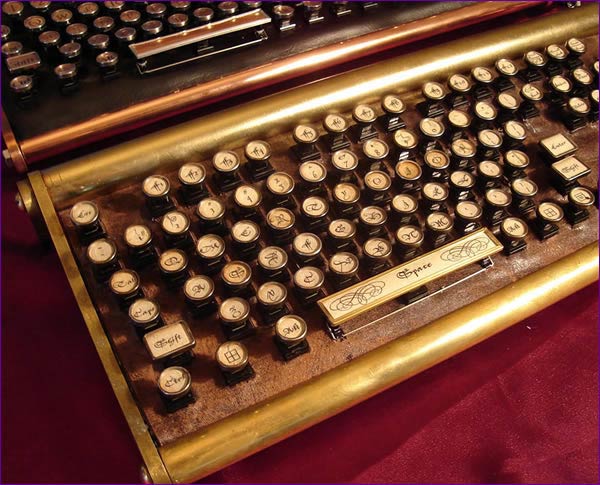 The Sojourner is but one of faux-antique master/steampunkifier Richard R. Nagy, who goes by the awesome moniker Datamancer. He’s also responsible for the wind-up laptop, which has a key that you turn to uh.. turn it on.  And it ran Windows XP. How ancient is that? 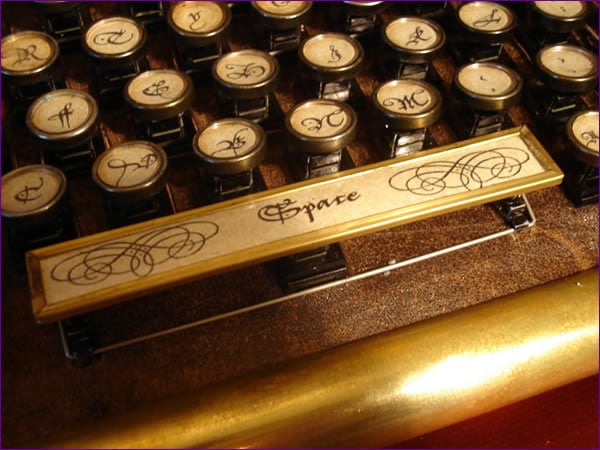 The Sojourner is made of polished brass that’s been “artificially tarnished”, and then fitted with an aged leather faceplate, above which rests keys that are electroplated in brass and have parchment key inserts. For some reason the parchment Windows key cracks me up. 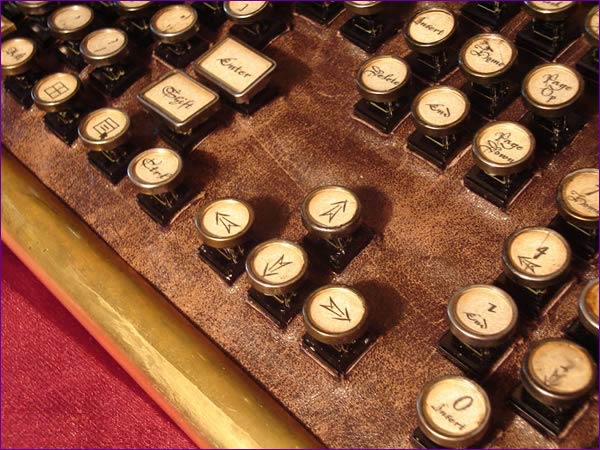 As I said, the Sojourner is quite pricey, so much so that Datamancer isn’t willing to put a tag on his creation, although he does say that his keyboards are in the $1200 to $1500 range. Also in that range? A 21-inch iMac. But Datamancer himself asserts, “My keyboards are that expensive because they are that difficult to make.” Still interested? Contact him at datamancer@datamancer.net, and while you’re waiting for his reply check out his website and have a look at his other creations.