Anpanman Bento Machine Lets You Really Play With Your Food

We’ve featured some fun bento box creations on the site over the years, but they’re clearly the works of master food artisans with tons of time on their hands. Now thanks to this new gizmo from Japan, you can make your own funny lunches without any such skills. 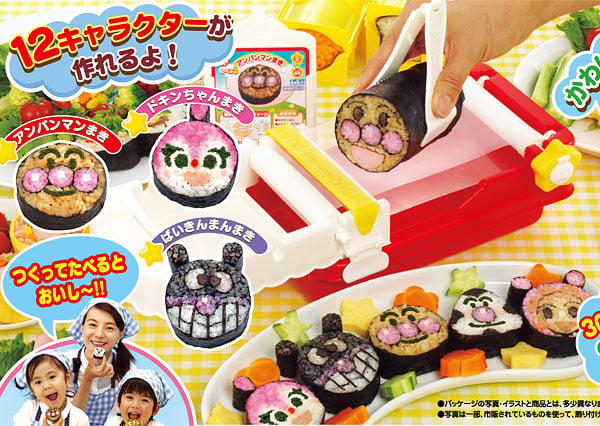 Bandai’s new Anpanman sushi maker toy lets you crank out edible nori maki faces of characters from the famous Japanese kids’ anime series. The process is reminiscent of one of those Play-Doh machines you used to play with when you were a kid, extruding rolls of colorful food through templates of faces. Except this time, you’ll be eating actual food instead of Play-Doh. The diagram below explains it better… 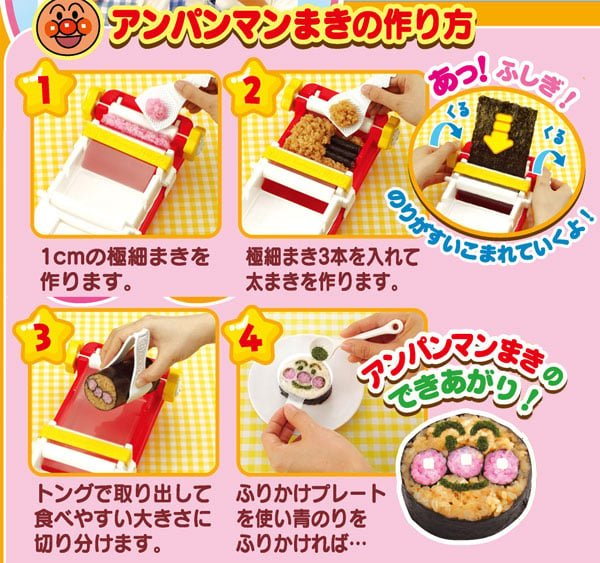 Ready to roll (some sushi)? At this point the Anpanman bento toy is available only in Japan for ¥5040 (appx. $55 USD), but hopefully some enterprising importer will bring them to the rest of the world for all to enjoy.