PS3 Wireless Visual Interface: Screw the Wand Sony, Give Us This One Instead.

It’s not even 2010 but I already know what I want for next year’s Christmas. Modder/genius/my new Santa Claus techknott – a disciple of no other than master modician Ben Heck – recently unveiled one of the most awesome pieces of hardware I have ever seen: a PS3 wireless visual interface (WVI). 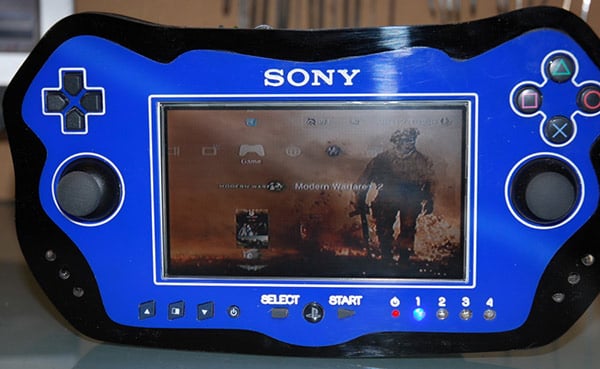 It’s not exactly a portable PS3, but it’s the closest thing we have for now. Basically it’s a controller with an integrated display in it, which means you don’t even have to have a TV to use Sony’s black beast. The WVI uses a 1.2 GHz transmitter to send controller input to and receive video output from a PS3. Aside from the guts of a PS3 controller and the transmitter, the WVI is also equipped with a 5″ widescreen LCD (I think it’s a PSOne LCD), an unspecified number of 4500maH Li-ion batteries and recharge circuit with built-in LED capacity meter, AV in, headphones and USB mini/charger ports. 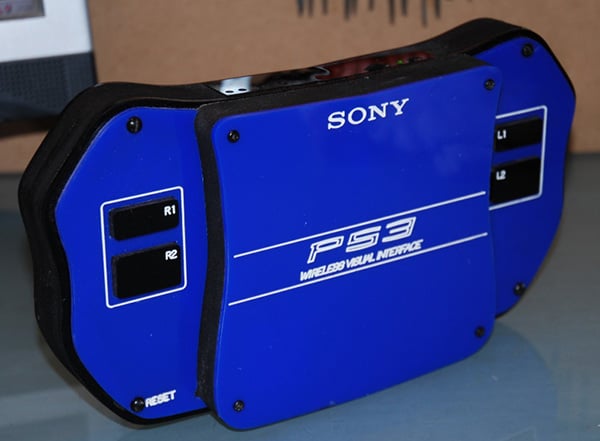 I’m sure you’re itching to see it in action, so here it is. Watch it and WANT IT:

You know what’s even more amazing? This isn’t the first WVI that techknott made! He also made one for the Xbox 360:

So Sony, please please please hire techknott before Microsoft or anyone else does. I mean all this thing needs is a sexy housing – and decent audio; techknott says that he’s still working on that – otherwise it’s good to go. In fact techknott will sell the PS3 WVI, as soon as he fixes the audio problem. Seriously someone mass produce this thing so we can all play Dragon’s Age even while pooping. A disgusting yet awesome thought.

[via Ben Heck forums via Engadget]