Batman Raps About the Plot Holes in the Dark Knight

No, it’s not Christian Bale rapping, thank god. It’s the work of the satirical and parodistic folks at the Key of Awesome, and they do have valid questions. Plus the characters’ voices were spot on. 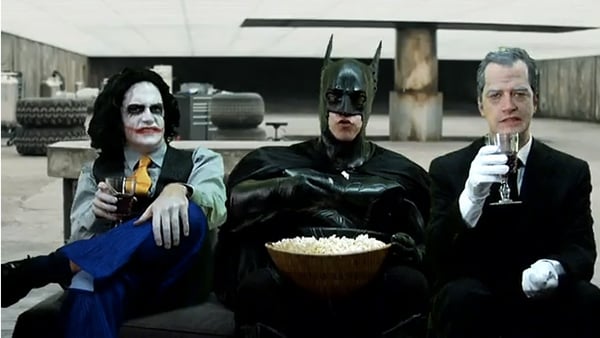 Still, some of you may be tempted to ask: Plot holes? What plot holes? Cue keyboards and drums:

Okay so the second half of the song degraded into silly jokes about the movie, but seriously, how did the Joker set up his elaborate schemes? And why the hell would anyone want to be the henchman of someone like that? Care to rap about that?