This modern watch isn’t made out of diamonds, but its face is akin to some kind of cut stone. It’s called the 2Oct2031, presumably because it’s from the future. 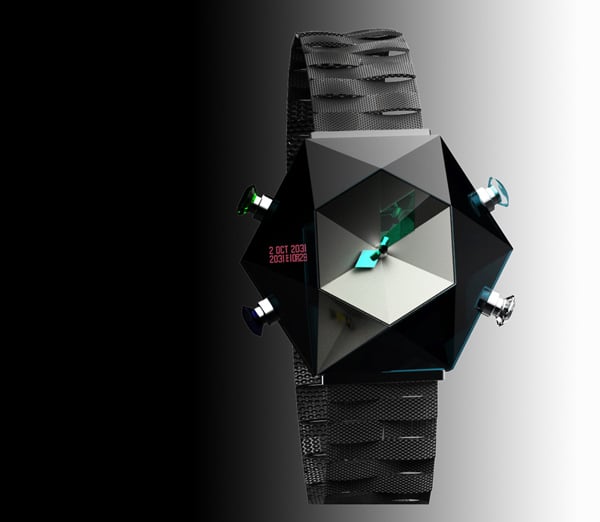 The 2Oct2031 watch was created by the Chinese designer Tao Ma, and from the minute you set your eyes on it, you try and make sense of what your eyes are seeing. 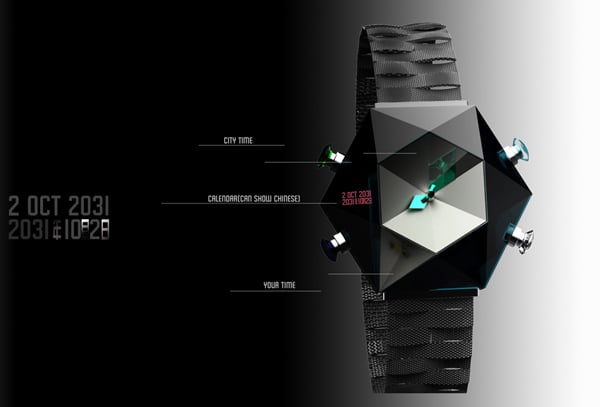 Tao Ma was trying to come up with a futuristic luxury watch – a watch could display different information on each of its faceted displays. That’s kind of cool, but you’d need a magnifying glass to see them all, wouldn’t you? 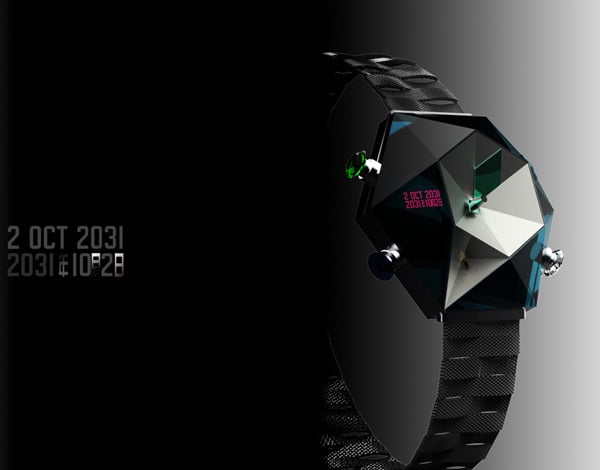 Still, it’s an interesting concept that showcases some neat design ideas. The 2Oct2031 watch isn’t yet available, but it might be sometime between now and October 2, 2031.