Google Nexus One Hands-on at Engadget: “Not Blow You Away Good Looking”

Man, the Internet and blogs sure have changed the media landscape. Ten years ago no one would expect an exclusive scoop as big as this to be found in a blog. Of course engadget isn’t just another gadget blog, but still. Now on to the meat of things: Joshua Topolsky, the turqoise e’s boss man, who I suspect doesn’t like his blog being called the “turqoise e”, just wrote about his hands-on with the unofficially announced but heavily publicized Google Nexus One. 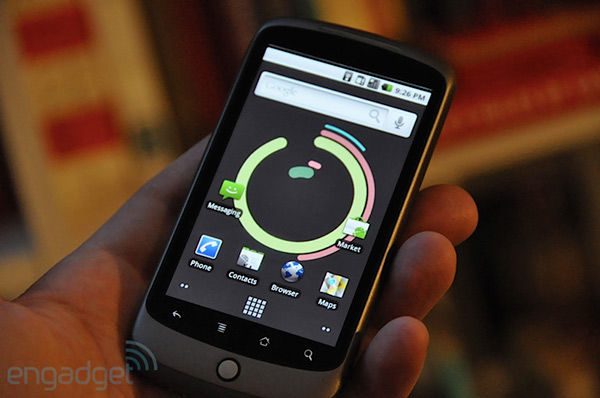 Also of note is the lack of multitouch, although I don’t know if it’s just on the phone that engadget has. Topolsky says that the “The HTC-built and (soon to be) Google-sold device runs Android 2.1 atop a 1GHz Snapdragon CPU, a 3.7-inch, 480 x 800 display, has 512MB of ROM, 512MB of RAM, and a 4GB microSD card (expandable to 32GB).” It also has a 5-megapixel camera with LED flash. Also, Topolsky says that the Nexus One is “very handsome, but not blow-you-away good looking.” So it’s like the…um, Jake Gyllenhaal of smartphones? 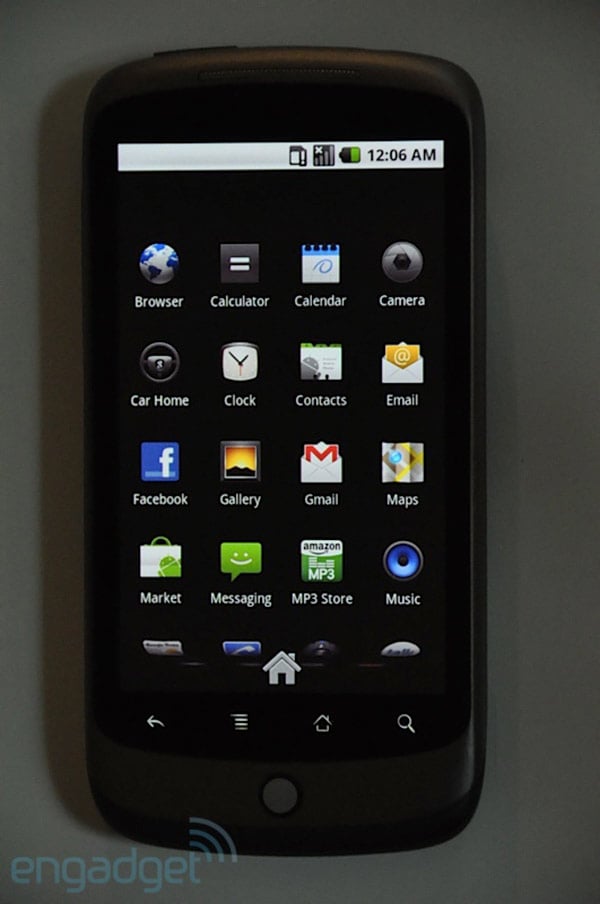 The phone is said to be slightly thinner than the iPhone and is also, quite literally, a smooth operator: “opening applications and moving between them was super speedy, as was Google maps, and any area of the phone where you’ve got to get through long lists.” Still, Topolsky maintains that the phone is not that different from previous Android HTC phones. Unlike the iPhone, which is very different from all the other smartphones that came before, in that it’s a good computer, but a sub-par telephone. 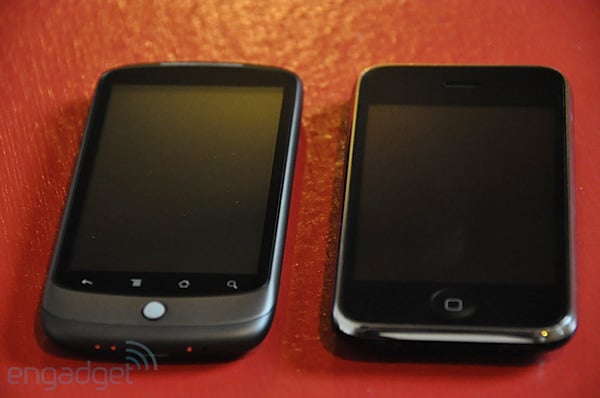 I think that any major electronics company now has what it takes to build a phone that’s at least on equal footing with Apple’s hardware-wise, but if you ask me it’s the UI and the apps that still give the iPhone a colossal edge over the competition. Check out the full post at engadget for more details, unboxing pics as well as a video.