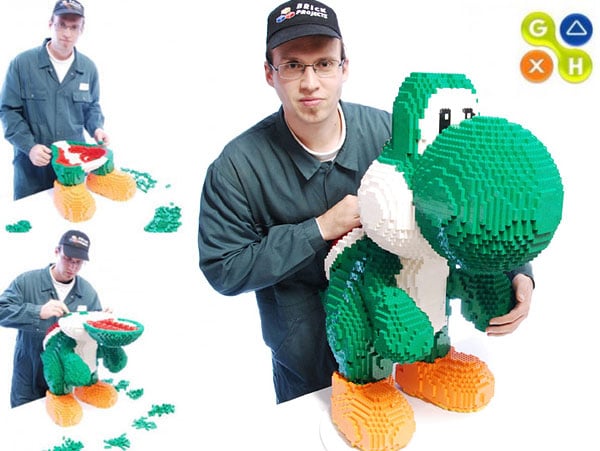 Dirk took about 60 hours to build this 2-foot tall LEGO Yoshi, complete with bulbous proboscis (I think I know the name of my new band). Sure, he’s nowhere nearly as tall as the 5-foot 9-inch tall Mario, but that doesn’t make Yoshi any less cool in my book. Check out the video clip below to see timelapse footage of the build in progress.