Superherohype forum member Masterle247 must be the Tony Stark of cosplay. He’s making a War Machine costume in time for the release of Iron Man 2, and man the suit is looking sweet. So sweet that even Iron Man 2 director Jon Favreau approves of it. Masterle247 has also been featured in Wizard magazine. All that attention, and the suit’s not even in its final form. 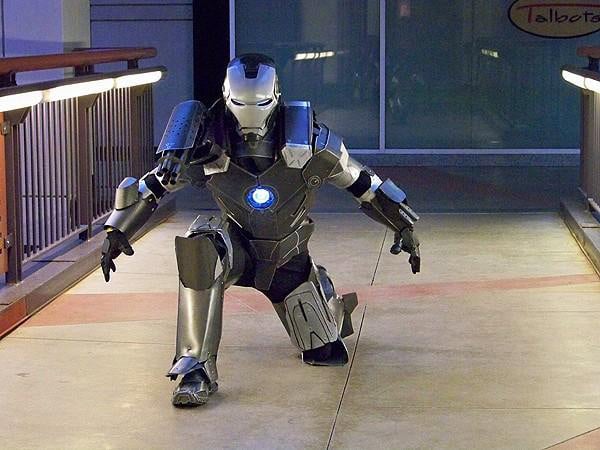 The suit is made of nicely cut pieces of high impact urethane, held together by over 600 rivets. It has wrist rockets (with lasers!), a minigun, an arc reactor, repulsor gauntlets, light-up eyes, and as you can see below, the faceplate opens up as well. 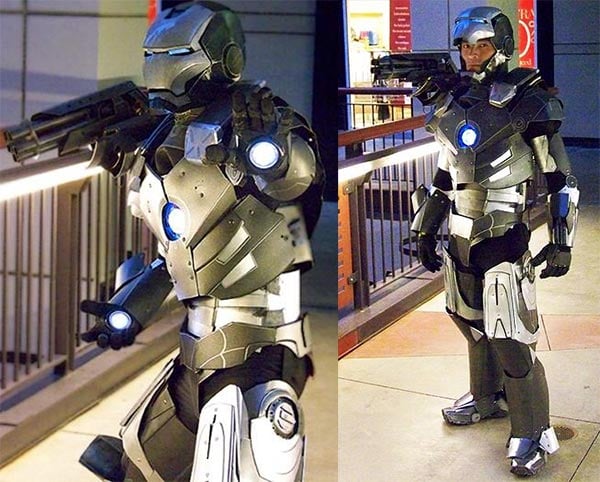 Right now the arc reactor and the repulsor gauntlets are the most awesome parts of the costume for me. Look at it! If I didn’t know any better I’d think that this was a blurry shot from the upcoming movie. 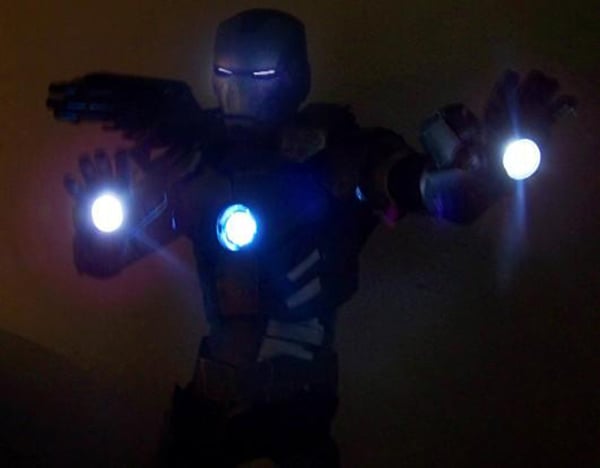 But as I said, Masterle247’s not done with it yet. He’s redone the helmet, added more bulk to the chest portion of the armor to make it look more tank-like, and he’s also modified the shoulder gun to make it accurate to the comic version. And that’s not even half of the improvements; he’s still planning to add stuff like a motorized missile pod and minigun, and basically buff up the suit until every part of his body is covered when he’s wearing it. Drop by the Superherohype forums for more pics.