Russian Roulette Water Balloon Gun: in Soviet Russia… This is Not How They Party.

Ah, Russian Roulette. The subject of many jokes and at least one awesome film. But actually trying the game to have some fun with your friends will probably have some undesirable consequences, like dying. Just probably, but still. Anyway, be on the safe side, and have a small piece of the thrill that comes with taking turns to pull a gun’s trigger with Party Roulette! 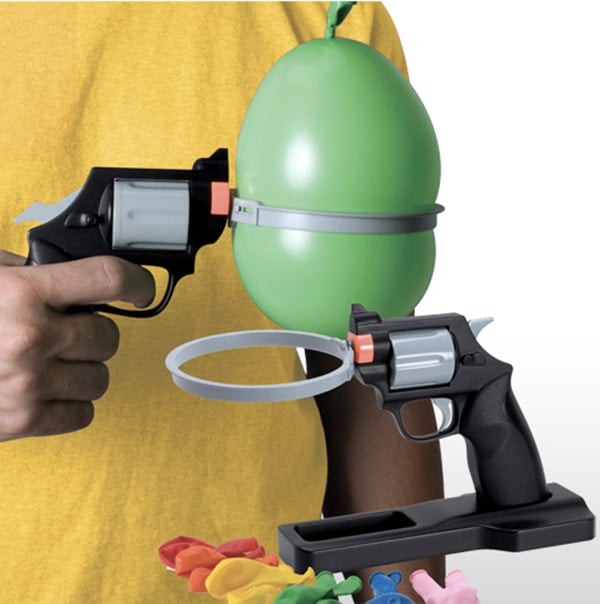 It’s just like Russian Roulette, except that the unlucky person will only have a water balloon explode on his face. Or you could fill up the balloons with pig’s blood; that way someone – i.e. you –  will still end up looking dead. The Party Roulette is available at Prank Place for only $18 (USD).