You’ve got to hand it to Vizio. 10 years ago, these guys were barely a blip on the radar screen, and now they’re one of the dominant players in the television business. Now they’ve got a new TV that’s gonna have you running to the store to return that new set you just got for Christmas. The new XVT Pro Razor 580CD is the first television from Vizio to feature a 21:9 aspect ratio. 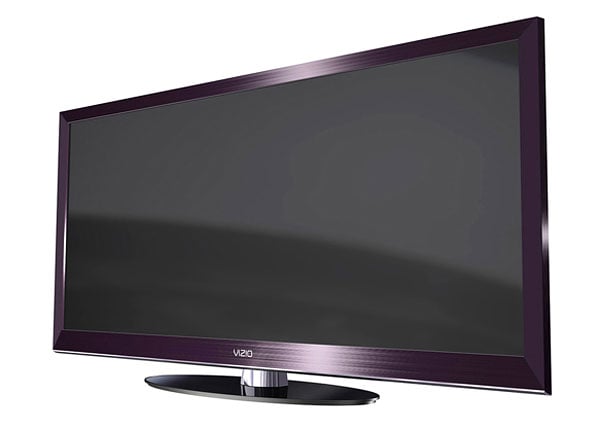 The 58″ set is an LED backlit LCD display, and is perfect for viewing 2.35:1 widescreen movies without those pesky black bars. The 80″ Razor LED will feature a whopping 2560×1080 resolution, and local dimming LED backlights for superior contrast ratios. The set also will sport built-in wireless HDMI, 802.11n WiFi and Vizio’s Internet App capabilities. The set will ship with a Bluetooth remote with a slide-out QWERTY keypad too.

I know, I know, last year I told you about a Philips 55″ 21:9 set, but it’s only available in Europe as far as I can tell, and it sells for over £4000 (about $6500 USD) and doesn’t have LED backlighting. And while the Vizio isn’t available in stores yet, Vizio promises the set will be released sometime later this year for sure, and given their typical bargain basement pricing, I bet it’ll be just a wee bit cheaper.