I hate you Xeni Jardin; I hate you and your article’s deceptive title! Nice find though: Google set up a very detailed and very large model of their “not blow-you-away good looking” Nexus One phone. It even has the same ports and the camera and flash – albeit the last two were only painted on the thing. 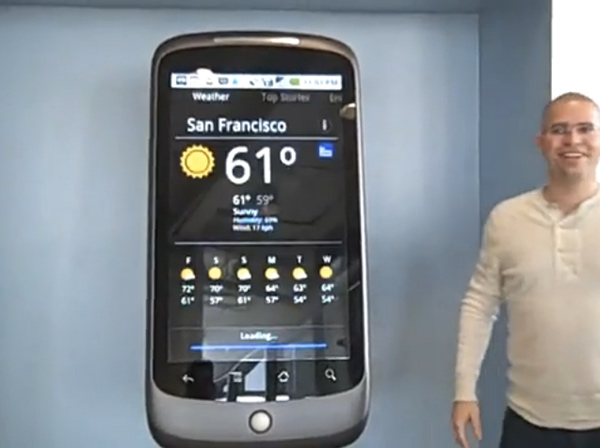 The screen is awesome though, and the tiny trackball at the bottom works to some extent. Incidentally, engadget’s review says “there’s literally nothing in the OS” that justifies the existence of the trackball on the Nexus One. But let’s not dwell on such things; look! A giant phone!

Shiny screen. Mmmmm. I still hate you for making me excited about the Google Tablet, Xeni!