Haven’t played Left 4 Dead yet because your computer is ancient? Well now you can!.. sort of. Just download Eric Ruth’s 8-bit version of Left 4 Dead. It’s the same maps, the same monsters, and the same characters, except in glorious 8-bit! Also it’s not scary anymore, but beggars can’t be choosers. 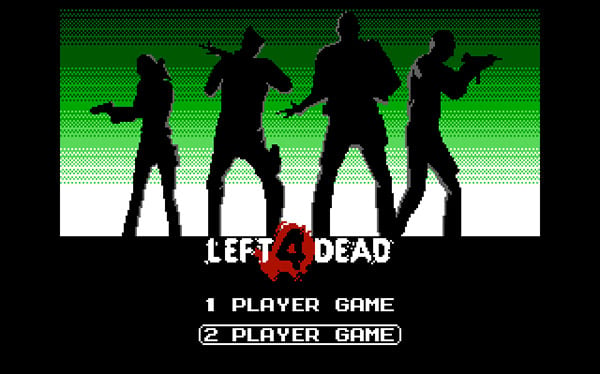 I think the most frightening thing in Pixel Force:Left 4 Dead is Zoey’s face in the character select screen: 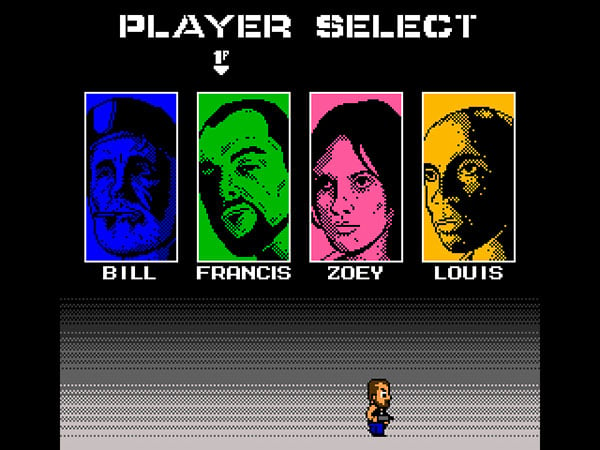 Actually all the portraits are creepy. Seriously though, Eric himself said that he didn’t intend his version to make an exact copy of Valve’s game: “I want to make it very clear that the design aspect of this de-make was to create the game “Left 4 Dead” in a way that I feel it would have been handled back in 1986. The idea was NOT to remake it exactly like the Valve original.” You might also want to check out Eric’s response on YouTube to some of the comments on the video below for more details on the creation of the game.

Whatever your opinion is on Eric’s game, you can’t complain about the price: you can download and play it for free, so even if you end up not liking it, you lost nothing but time. Hit up Eric Ruth’s website for the download links, and happy slaying! Unless you own a Mac, in which case no 8-bit Left 4 Dead 4 you.