Light Touch Turns Any Flat Surface Into a Touchscreen

I’m sure you’ve heard about those retro-futuristic looking laser keyboards. Here’s the next logical step: Light Blue Optic’s Light Touch – one of the honorees at the ongoing CES – is a projector that not only displays video but also turns any flat surface into a touchscreen. As one YouTube commenter said, it’s like having portable version of Microsoft’s Surface computer. 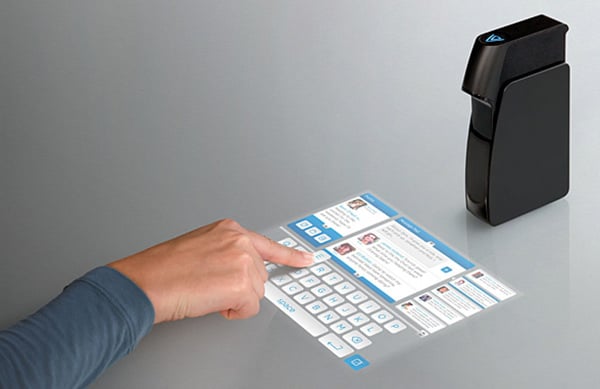 Well the Light Touch is probably 5 times weaker than Microsoft’s computer – it’s running Adobe’s Flash Lite app on top of Windows CE – but still! Touchscreen anywhere! Light Blue Optics calls the technomagic behind the Light Touch “Holographic Laser Projection”: “Using holographic algorithms, we transform the image we want to project into sets of diffraction patterns, which are shown on a tiny microdisplay. When laser light illuminates the microdisplay, the projected image is formed by diffraction.”

The Light Touch can project a 10.1″ display at 35 lumens for “typical symbology content” (static images?) and outputs 15 lumens of brightness for video content. It has an IR optical sensor that supports multitouch, a standard 3.5 mm audio out (and you’ll want to use this because the built-in speaker is mono), composite video in,  WiFi (802.11 b/g only), micro USB out, 2 GB of internal memory with support for up to 32 GB micro SD, and a rechargeable battery. 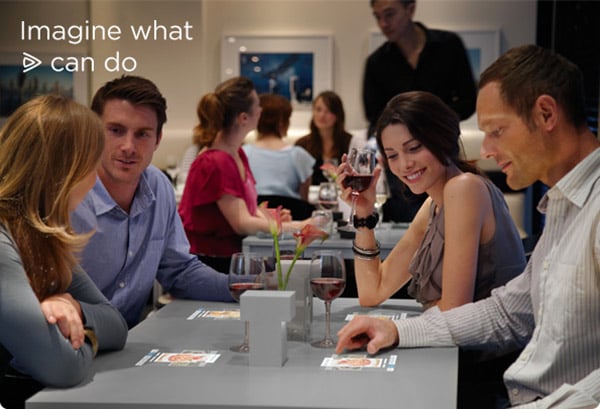 I think Light Blue Optics is trying to market the Light Touch for commercial or industrial use, as shown in the picture above. But I think a consumer version is inevitable; I just hope that it’s reasonably priced and that it’s easily customizable, and barring that, easily hackable/modifiable. WANT!