While everybody and their brother is showing off 3D display technologies here at CES, this is the first display I’ve seen up close and personal that doesn’t require glasses. 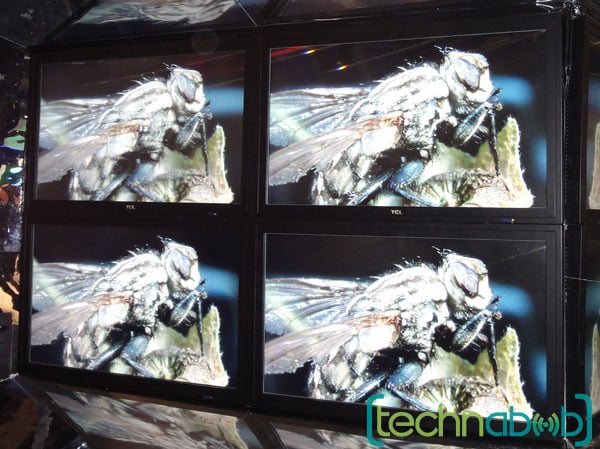 Made by China’s TCL, this unique display uses a special set of lenticular LCD layers which let you see truly 3D images without any special eyewear. The photos here aren’t really indicative of how deep the effect is, but it’s pretty cool to see something like this without special lenses. 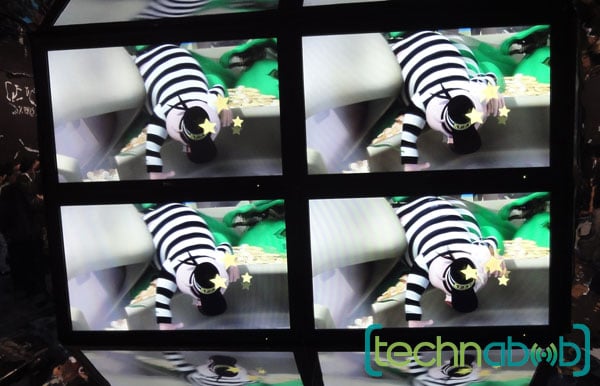 The display is still far from perfect, offering weird off-angle artifacts, an annoying flicker, and a resolution that looks much lower than typical HDTVs. The best 3D pictures I’ve seen so far are on JVC and Samsung’s LCDs and Sony’s OLED 3D sets – but they all require glasses. If you don’t want to strap on the extra headgear, you might want to keep an eye out for TCL’s set in the future.