From the Tokyo Institute of Technology comes this slow, sad-looking, nameless but practical robot. It’s designed to burrow under rubble to serve as the eyes and ears for rescuers. Instead of forcing its way through rock or jacking itself up, the robot ever so gently lifts rubble using two hydraulic plates, minimizing the risk of inducing a collapse. 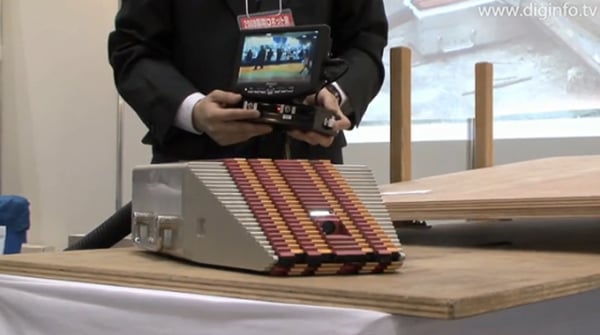 Using its easy-does-it method, the robot’s plates, along with its sloped face – and unfathomable reserve of determination – allows it to wriggle through places too small or narrow or risky for human rescuers, while a complementary A/V receiver beams back footage from the scene.

I’d call it “Eeeyore”, but that sad stuffed donkey is more of a rescuee than a rescuer.