Here’s another cool find from the aisles of this year’s CES show. Developed by Korean electronics manufacturer FILS, this innovative material might look like a piece of acetate, but it’s actually a transparent speaker. 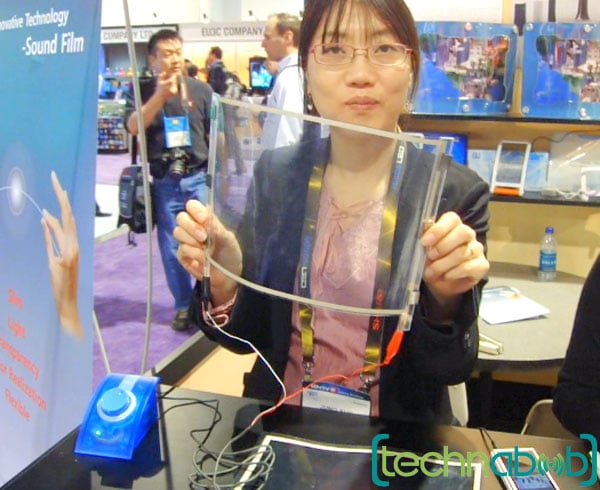 Fils Sound Film is a flexible, light transparent sound technology which can be used to create speakers pretty much anywhere you’d ever want. The speakers are actually produced using piezoelectric film which can produce sound waves when electrical current is applied. Sound quality isn’t stellar, since the low-end drops out at 200Hz, but the highs range all the way to 25kHz.

Fils currently wholesales a number of strange looking speaker units that are made from the thin stuff, like these. 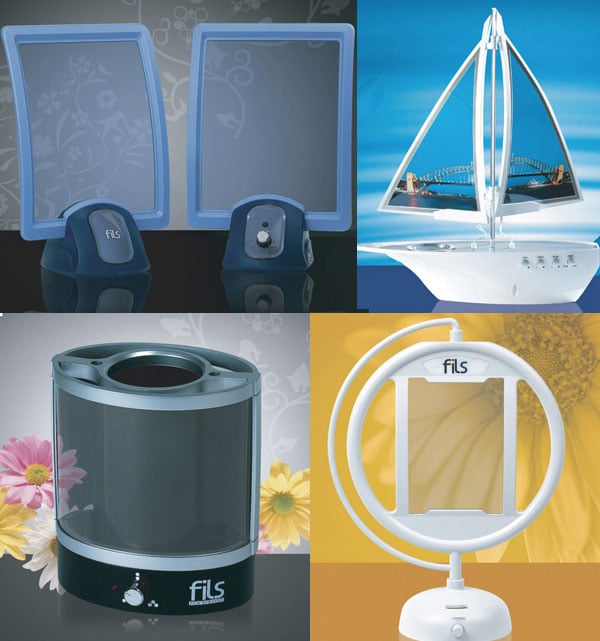 But I think the real innovation will come when display manufacturers start layering this stuff in front of tiny flat screen portable devices which don’t have room for a speaker. I imagine you could also produce some pretty cool interactive art using this tech.

You can get more information on Sound Film technology over at the Fils website.