Arduino Weather Clock Tells the Temperature, Not the Time

This kind of reminds me of the Weasley clock that was in Harry Potter, but there’s actually more to it than just the time. It can actually show you what the weather is like outside. 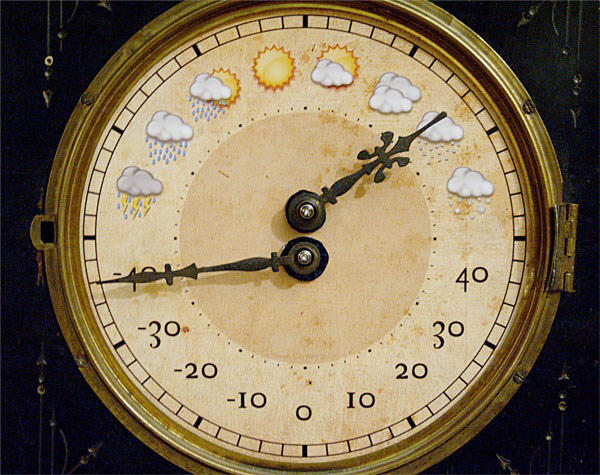 I love how this display is retro and analog. You’d never expect a clock like this to show you the weather. What’s even more surprising is the technology that’s behind the clock. There’s actually a computer that drives this analog display! 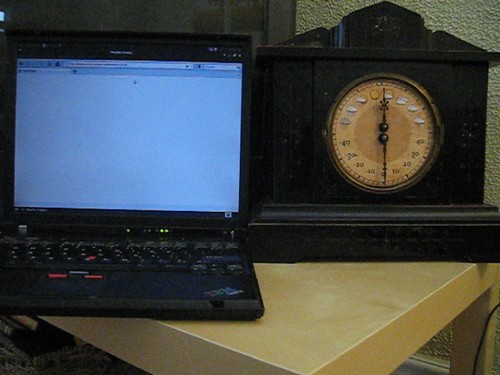 Sean Carney built this display using an old clock and removed the mechanism. He replaced it with a mechanism controlled by an Arduino chipset, which checks the weather on the Environment Canada website, since he’s in Winnipeg. The Arduino checks up on the website every 15 minutes and updates the hands of the clock accordingly. 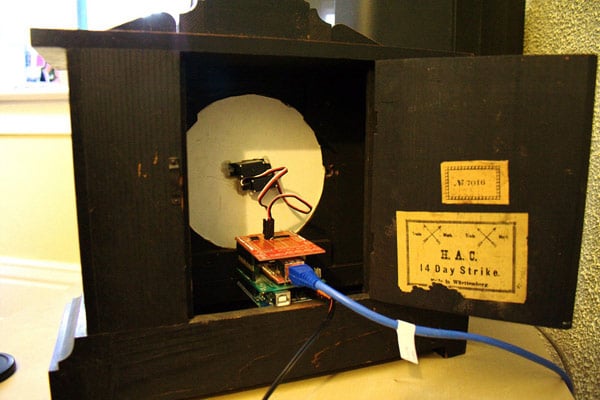 Check out the full project worklog over at his Sean’s blog.