Fujitsu Enon Robot Gets Upgrade: Convinces You to Buy Stuff

Fujitu’s latest service robot was deployed last year, but it seems to be doing well and you can now find them all over Japan. 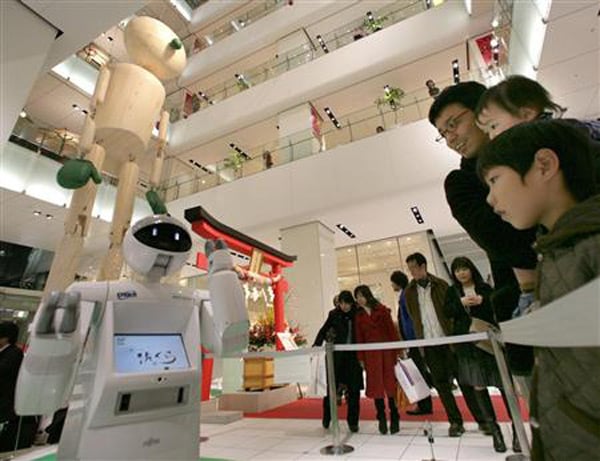 ENON was exhibited at CEATEC in Japan last year. Ever since then, the robot has been selling well. The robot can be used as an information terminal, for entertainment purposes, patrolling, and general assistance.

Last weekend, ENON was seen in a shopping mall in Osaka. It spent the entire time interacting with customers. It’s equipped with a camera and face recognition software, allowing it to detect a human’s age and gender.

ENON can also speak and move around, so it’s one particular store clerk that you won’t easily forget! During the test, ENON was able to entice different customers into going into stores, depending on their age and gender.

On top of that, ENON can use either a male of female voice to appeal to different customers. I wonder if we’ll be seeing a ‘bot like this Stateside. Here, it would probably be used to sell pre-paid cards, hand out flyers for hot dogs or try and sell you an extended warranty on your gadget purchases.