On the Cutting Edge of Tape Dispensers

An amazing breakthrough tape dispenser-technology that will surely and permanently change the lives of salesclerks, secretaries, teachers and cubicle dwellers round the world has been announced by Nichiban Co Ltd. The revolutionary new tape dispenser cuts tapes with a nearly straight edge, unlike the jagged ones produced by conventional, lesser, obsolete, traditional, inferior, plain sucky tape dispensers.

As you can see, the blade developed by Nichiban makes almost straight cuts because it is straight as well, with convex-shaped cutters that not only make for a safer tape dispenser but also one that requires less force to use. Here’s an ultra high tech black and white zoomed in up close shot comparison of the paradigm shifting difference between the crafts of the new and old tape dispensers:

And here’s a shot of the powerful Nichiban blade that will fillet the competition: 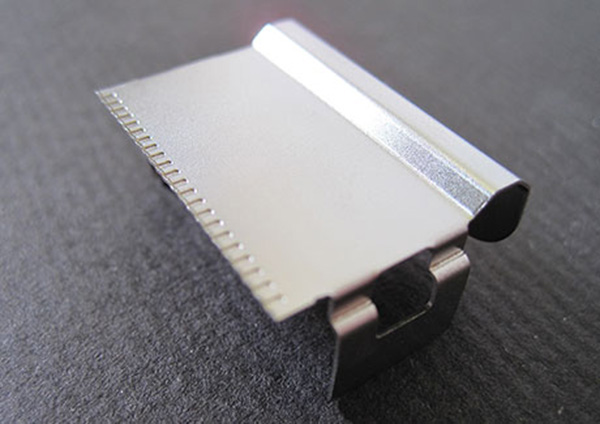 The new tape dispensers will be available in Japan later this month before inevitably taking over offices and desks worldwide. It will come in black and white and will sell for ¥2,310 (approx. $25 USD), while a replacement for its heart and soul – the blade – can be had for ¥525 ($5). Watch out, traditional tape dispenser makers, whoever the frak you are: the end is nigh.