Mega Man fans rejoice! Or not. Footage of Mega Man 10, the upcoming retro-sequel taken at the recently concluded CES 2010 has popped up on the internets. But will you, the theoretical hardcore gamer, be insulted by the presence of an Easy mode in the latest of Masochist Man Mega Man’s adventures? That’s just one of the tidbits you can gobble up to satisfy your Blue Bomber cravings if you read the feedback from the lucky bloggers who got some hands-on time with the trial version. 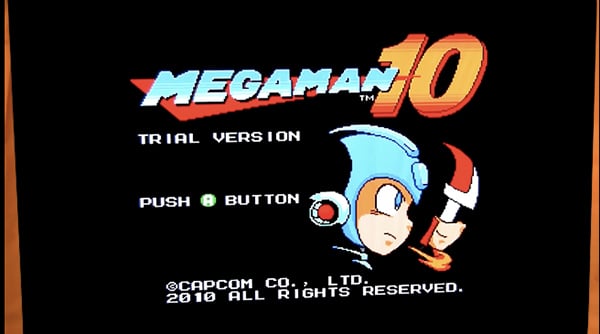 The screenshot above is from Digital Chumps, who have juicy HD footage of them playing the game.The video below is just one of three videos posted by the good folks at The Mega Man Network:

Mega Man 10 will be released on March via WiiWare, the PlayStation Network, and Xbox Live Arcade. If you want more Mega Man 10 – of course you do, why would you want less? – check out TMMN’s hands-on impressions and other footage. Also, wouldn’t it be awesome if the name of the boss for the level they played was Sportsman?