If the standard Wii-mote isn’t cool enough for you and your Wii, then maybe you should check out Nyko’s latest offerings. They include the Type Pad, a charger for 4 Wii-motes and a new gun peripheral. 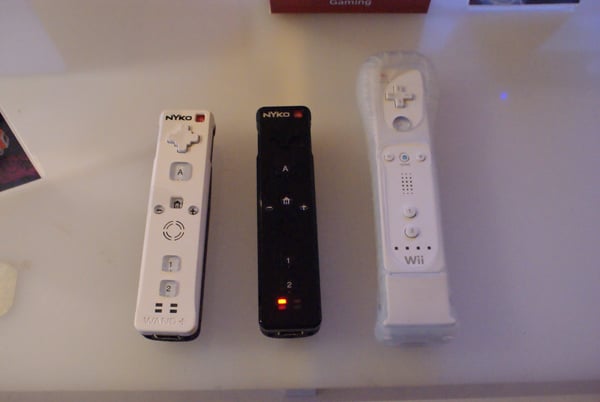 With all of that throwing and flailing your arms around, it’s certain that at some point in time your Wii-mote will break. That’s why Nyko is offering their Wand+, a Wii-mote replacement which sells for about $40 (USD). The Wand + features a rubberized trigger, more ergonomic D-pad, and larger 1/2 buttons than a stock Wii-mote – and the button are square instead of round. It comes in white, black, blue, purple and pink if color is important to you. 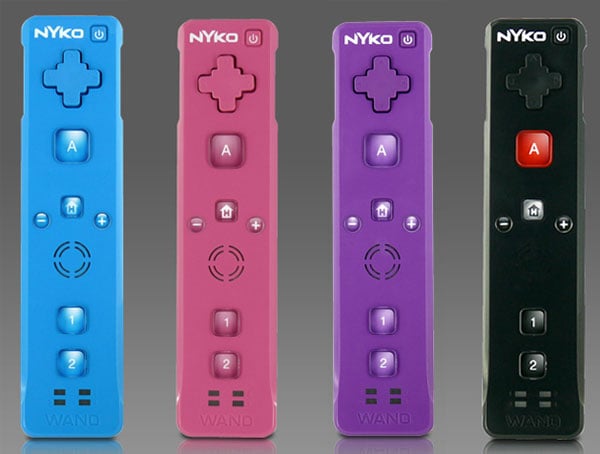 The Type Pad is an attachment, which will be useful for those of you who browse their web or write lots of text messages via their Wiis. It’s a QWERTY keypad which works well, but looks funky. 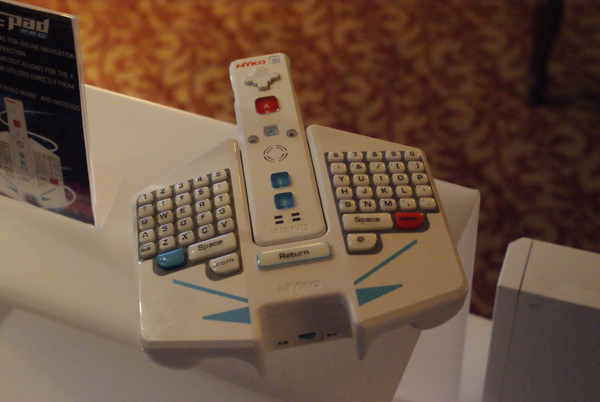 It works with the Wii-mote or the Wand+. An interesting side note: it doesn’t need any extra batteries, and will feed off your Wii-mote’s juice. 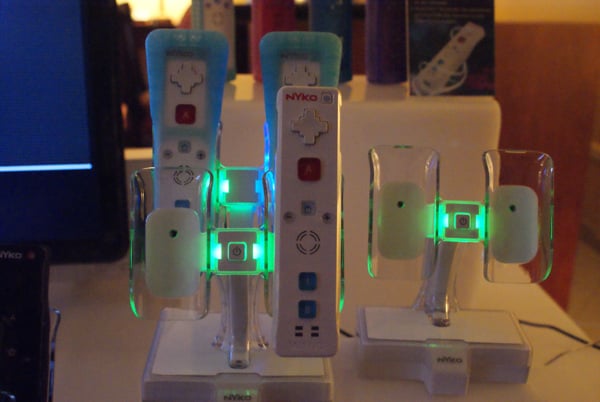 The Charge Base Quad will let you charge four controllers at the same time, either Wand+ or Wii-motes. Direct contact isn’t needed to start charging, so you won’t have to remove your Wii-mote out of its gel casing. It comes with an extra USB port to charge whatever you want. It will sell for $50. 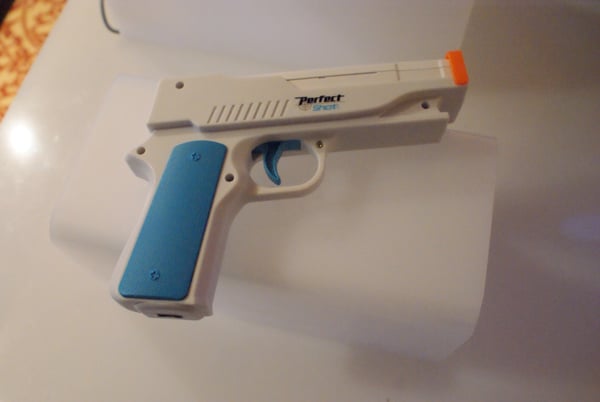 Finally, there’s the  Perfect Shot light gun for your Wii. Not much to say about that, except that it’s great for killing things. It’s $15 bucks.