Great, just what I needed – another reason to be jealous of the 1UP crew. It’s bad enough I don’t work for them, and that I don’t live in San Francisco. Now they’re being visited by something better than the tooth fairy, Easter bunny, and Santa Claus combined – the Final Fantasy XIII party bus? Not fair! 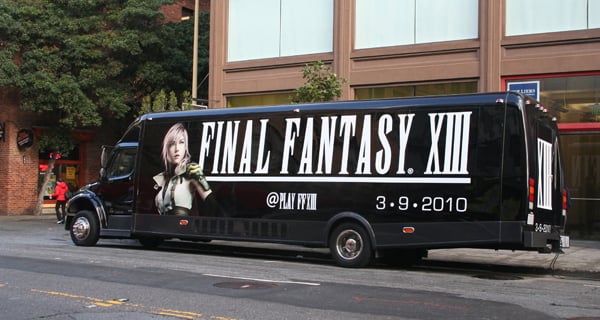 According to 1UP, the bus rolled up to their offices early this morning, no doubt to the surprise and delight of their resident RPG guru, Jeremy Parish. Inside of the bus the 1UP editors found four gaming stations – two PS3 and two Xbox 360 – and enough room for up to eight people. Since the English version of Final Fantasy XIII is about to drop in a little over a month (3.09.10) it’s a safe bet that they were treated to the finished product. 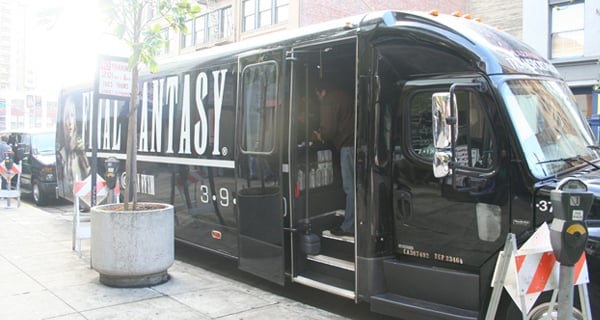 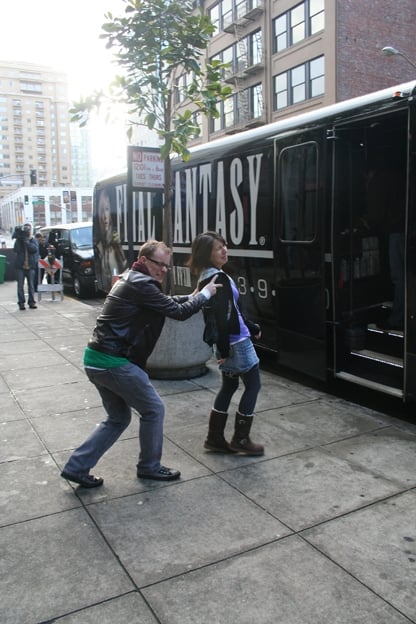