Monster Hunter 3 is the best selling third-party Wii game in Japan, and to ensure that the coming North American and European versions enjoy the same success, Capcom has started revving up the hype machine. So Monster Hunters, ready your keyboards, hold tight to your mice, and venture out to the wilderness of twitter and Facebook, for there you will find Ironbeard McCullough aka The Master Hunter, “a proud and distinguished hunter from the bustling town of Rockrack,” whose  “blade has drawn true through hide, tooth and scale.” 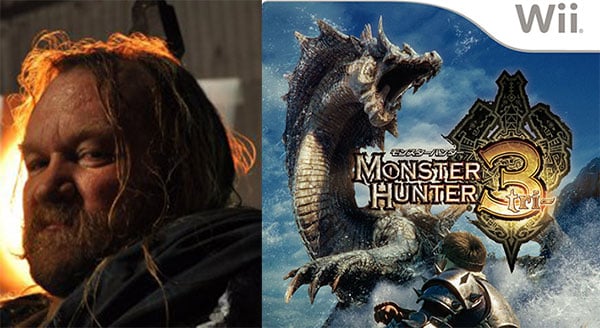 That’s Ironbeard right there, the menacing dragon on the right. Okay he’s the bearded dude. Friend him and follow him, because he’ll soon be dispensing tips and tricks to help you survive and slay beasts. Right now though his Facebook profile is practically empty, and all he’s done on twitter is dish out some Irish smack talk.

The North American and European versions of Monster Hunter 3 (or tri or however the hell you want to pronounce it) will be released this April.