Torne Adds a Dvr and Tv Tuner to PS3 (in Japan)

After Europe got the PlayTV for their PS3s, Japan is getting the Torne, a TV tuner and DVR combo for the PS3 that unfortunately won’t be available in the US any time soon. 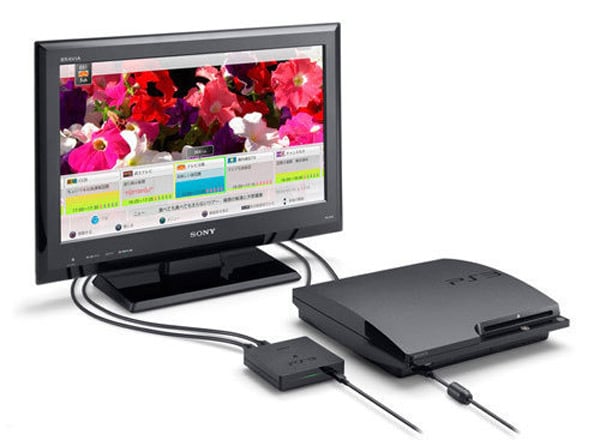 The Torne connects to your PS3 via a USB cable. It’s got an easy to use interface and the possibility to record shows with a timer function. Shows are recorded to the PS3’s hard drive, or can also be stored on an external hard drive if you don’t have enough space on the internal drive.

It’s too bad that we aren’t getting any of these stateside, since it’s a pretty sweet deal. DVRs are pretty handy, especially if you already have a PS3 and don’t want to add another device to your game room setup.