Die-hard Final Fantasy VII fans may be clamoring for a current gen version of the classic RPG, but apparently in China, people are buying the remaining units of NESes in the world, and so de-makes are all the rage. Speaking of de-makes, the 8-bit Left 4 Dead‘s got nothing on the 8-bit Biohazard, aka Resident Evil. 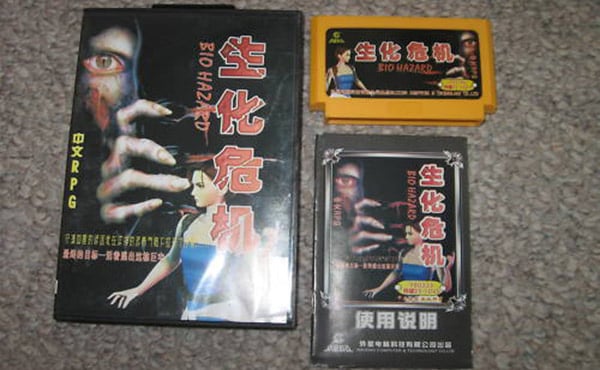 As if things weren’t bizarre enough, someone is selling these NES – I repeat NES, Famicom, 8-bit, Final Fantasy 1 – “pirate originals” on eBay, with starting bids at $45 (USD). That someone is eBay user andrew-cole. 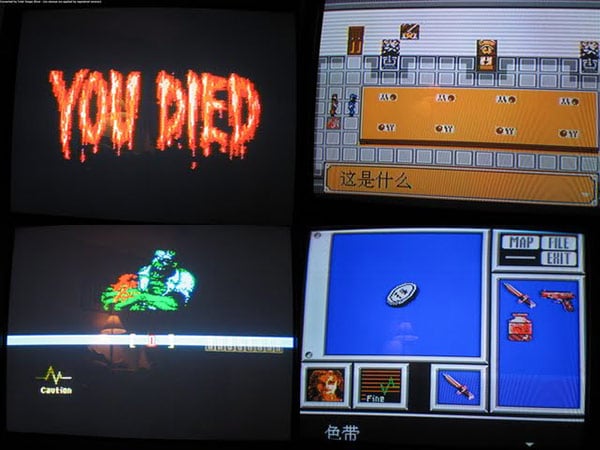 I must say that it’s a surprisingly faithful de-make. 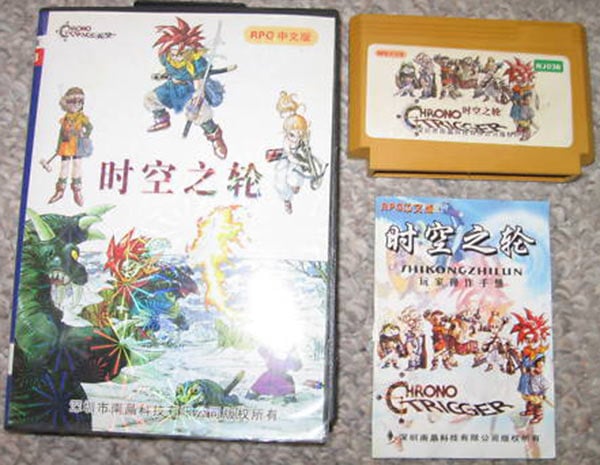 I thought that since it was first released on the SNES that the NES port wouldn’t be that much of a downgrade. Unfortunately for our eyes, I was wrong:

Good lord. Worst choice of colors ever. But the worst of the worst has to be this godawful pretender: 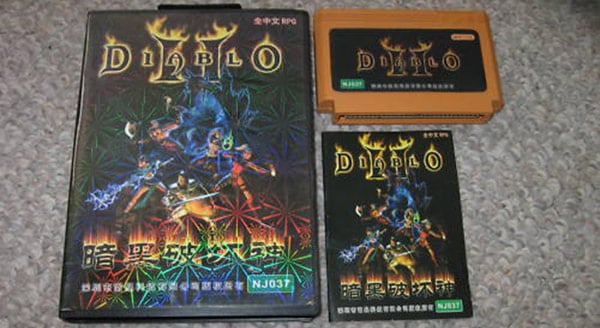 This premise sets such high expectations. I was actually interested to see how an 8-bit Diablo II would look like. Would it be a side-scroller, an even more primitive version of Golden Axe? Or would it be more like Wizardry?

Or it could be a generic RPG with no relation to Diablo II at all, except for the probability that Diablo himself might have made the game. As I said, andrew-cole is selling these and more NES de-makes like Dragon Quest VIII and Megaman X on eBay.

If you’re feeling unusually decadent today, you might want to buy one of these just for the heck of it. But I sincerely hope that Tyrael descends from the heavens and lands at the speed of light on your heathen ass if you so much as consider buying that Diablo de-make. Andrew-cole should pay you to play that game.