21-year old YouTube user smartkid82504 made this awesome stop motion film as his final project in his “Art and Alternative Media” class. Here’s what we might get if we mashed two Mario games together: 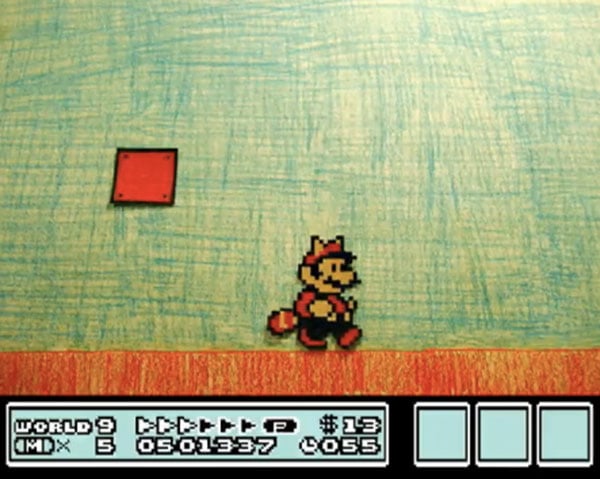 Before you get overly excited, let me tell you now that barely anything happens in this very short film. But I think it says a lot about how influential and significant video games are to our generation’s lives.

It took him 36 hours to shoot and polish the one-minute video. It’s amazing what a talented person can do with cardboard, paper, glue, and some colored pencils. The only thing I can make out of those materials is a mess.