This mechanical marvel is not just one of the coolest looking analog watches I’ve seen in a long time, it manages to incorporate something that you don’t often find on a high-end watch – pirates! Arrrrrh! 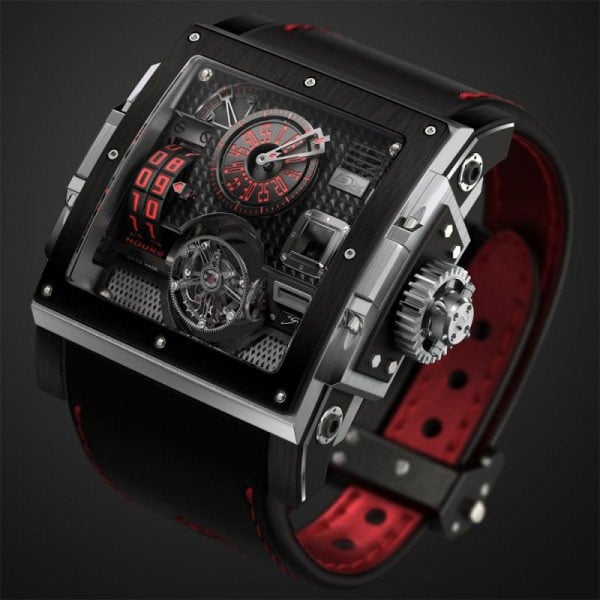 The H3 Complication Black Pearl edition features an intricate design that lets you see all of the inner workings of the watch as the hours, minutes and days at sea pass you by. The vertically-oriented numbers on the left side may look like the wheel from TPIR’s Showcase Showdown to you, but it actually tells you the current hour. The wheel in the middle that looks like a ship’s engine control shows the minutes. 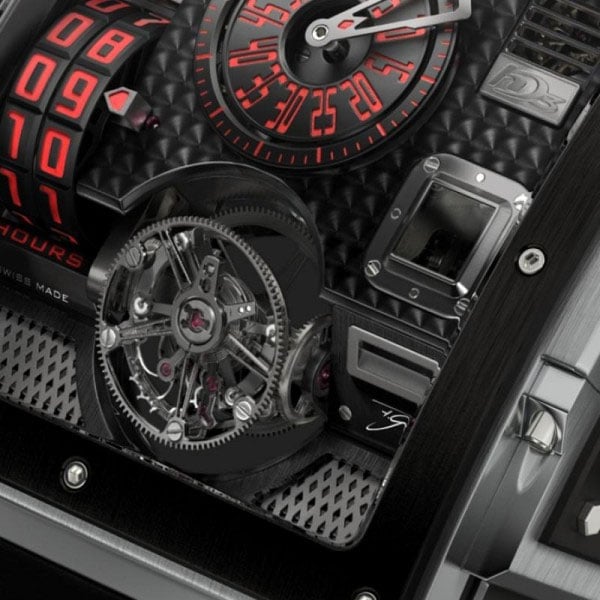 Designed by Fabrice Gonet, The Black Pearl integrates a number of subtle – and not so subtle – pirate touches, such as a tiny cannon hatch on the left side of the watch, with a skull and bones on it, an more obvious skull and navigational etching on the watch’s see through back. 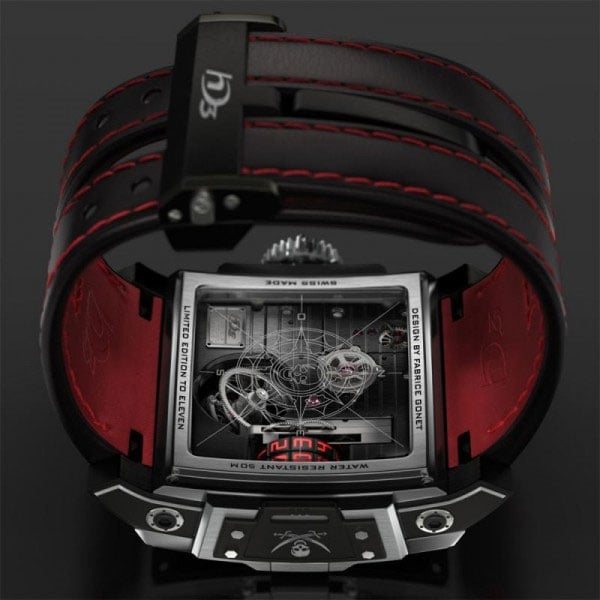 Word on the street is that only 11 of these bad boys were made, and they sold for about $400,000 a piece. So if you want one of these, you’ll really have to act like a pirate and steal one from its owner.