Gymnast Robot Scores a 9.9 From the Technabob Judges

This amazing creation by robot enthusiast Hinamitetu appears to be getting ready for the Robot Olympics. 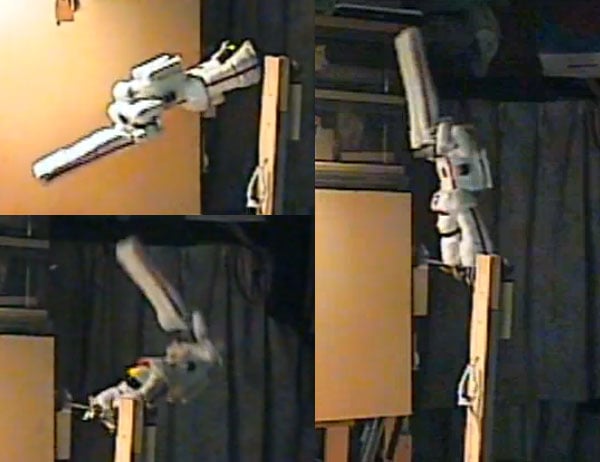 As it builds up speed in the video below, the little robot eventually builds up enough speed to spin all the way around the horizontal bar, and even attempts to release its grippy hands mid-spin (with questionable success). Still, the very fact that it can perform acrobatic moves that most human beings can’t muster is enough for me.