I knew there was a reason I loved Japanese games. Here’s what might be the strangest game to come stateside since Noby Noby Boy and the Katamari Damacy series. Namco Bandai’s Muscle March is one of this week’s releases on the Nintendo WiiWare shop, and it’s truly an odd-ball. 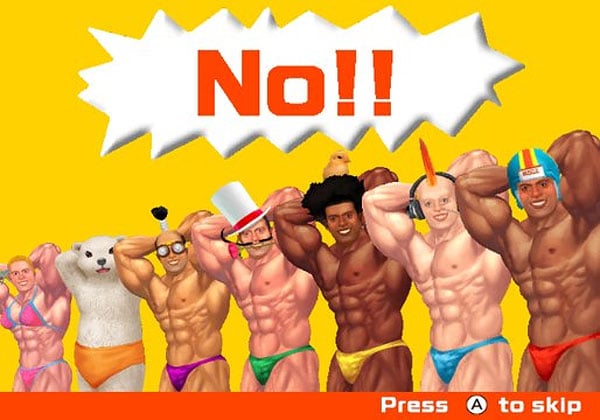 I’ll leave it to the game’s creator to sum up Muscle March for you:

“The all mighty protein powder has been stolen so it’s up to Tony and his muscle-bound crew to catch the thieves. Choose from a variety of perfectly molded superstars and bring these terrible villains to justice. As each thief attempts their escape, they will smash through walls while making a variety of poses. You must match these poses to fit through the holes and catch up to the thieves. The protein powder will be yours again!”

Basically, the game plays out sort of like the equally bizarre and hysterical Japanese game show Hole in The Wall on steroids – literally. And if pumping up your huge digital pectorals and running through walls isn’t enough for you, the game includes something called “Endless Rush” mode which lets you build your muscles until they bulge and explode. Whee! 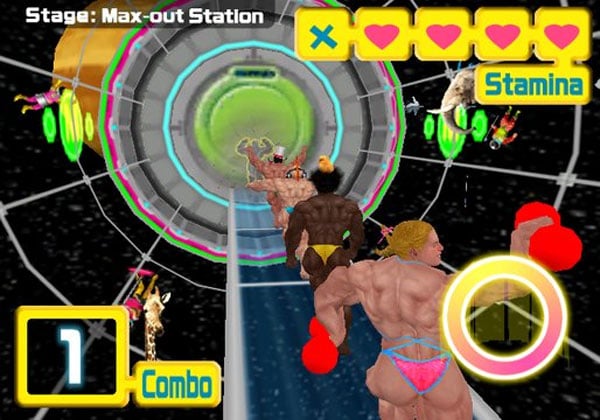 Last, but certainly not least – the game features polar bears in swimsuits. Why? Why not. I’ll let Namco explain: “The all new Polar-Bear-in-a-Swimsuit Engine will take bodybuilding to a level beyond your imagination.” 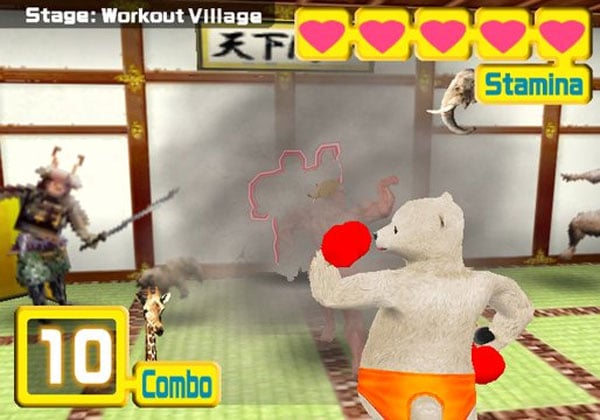 If that doesn’t help, maybe you should watch the trailer below and it’ll all become crystal clear.

Actually, I think it makes more sense in Japanese:

Muscle March is available now over on the WiiWare store for 500 Wii points. Protein powder and HGH not included.