Since picking up my PS3 Slim in October ’09, I’ve been in deep, starry-eyed love. Our relationship has had only one hiccup, just one point of contention: the stupid 操’ing 2ft USB cable I am forced to use to charge my controller. I am not ten years old anymore; sitting with my nose pressed to the television is not fun. But thanks to Konnet, that’s all about to change. 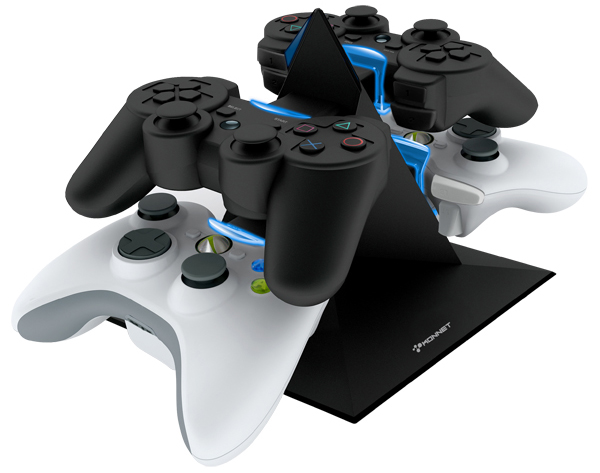 While thumbing through the pages of the latest Game Informer (issue 202) I stumbled across the Konnet Power Pyramid in the magazine’s gear section. Sure, Konnet ain’t the first kid on the block to make controller recharging more convenient, but as Game Informer points out, “none are as stylish as Konnet’s Power Pyramid.” Also, it glows! 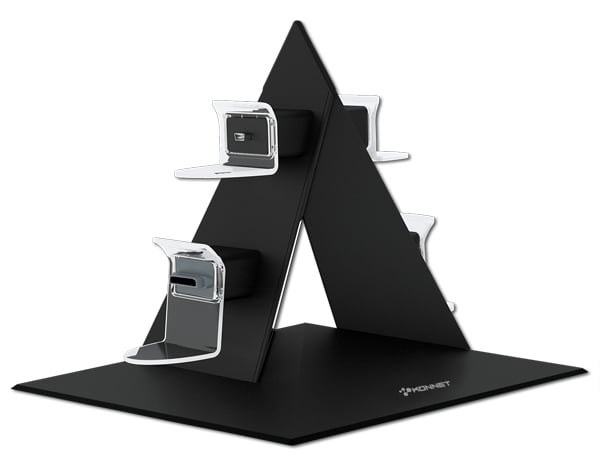 The Konnet Power Pyramid sells for $54.99 on their website – the cost of just one 360 or PS3 controller. Is there anything pyramids can’t do?