Hot off the heels of the CES show, the market is flush with countless set-top media player boxes – my personal favorite being the upcoming Boxee Box. But even the Boxee Box doesn’t have tons of local storage. The Sarotech abigs T6 & D7 media players have room for an internal 3.5-inch SATA hard drive, you’ll never fear for lack of storage. And the top-of-the line D7 can even record analog media and encode it in real time. 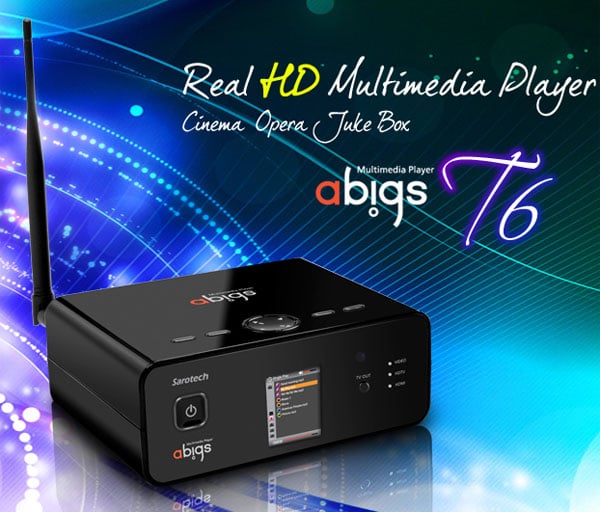 The compact abigs T6 box features a clean and attractive modern design with a nice LCD screen for navigation of content on the front. The player can handle a wide variety of video formats including MPEG 1/2/4, XviD, WMV9/9HD, H.264, MKV, WMV, AVI, ISO, VOB, MPG, ASF, and DAT among others. And it can play video at full 1080p resolution. There’s also support for MP3, WMA, OGG, AC3, PCM and DTS audio formats. (Sorry, no AAC). 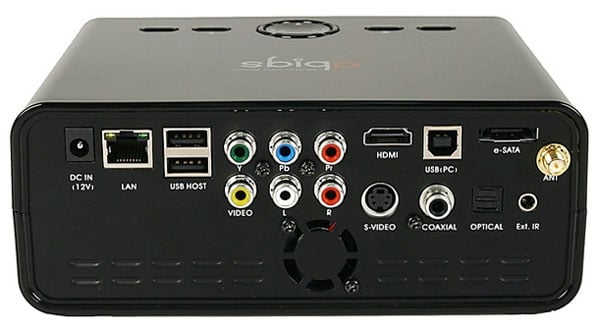 You’ll also find a wide variety of A/V outputs, including component video, HDMI, S-Video, and optical, coax and analog audio outputs. You can also plug in a pair of USB flash drives, or an external e-SATA drive. It’s also got built-in wireless networking (802.1b/g, but no n) for streaming files from your computer. 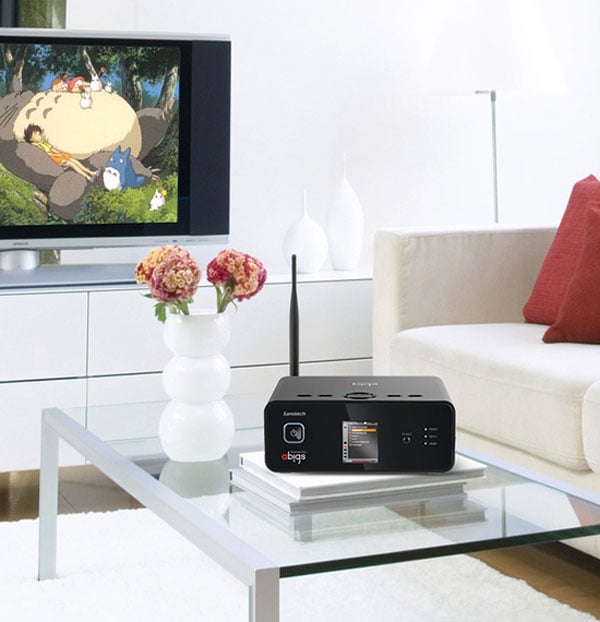 And if the T6 isn’t enough for you, keep your eyes peeled for the even newer abigs D7, which adds full Dolby Digital Plus and DTS surround sound processing, 802.11n networking, as well as the ability to record analog video (composite only) into digital formats in real time. Make note, the D7 does away with the coax audio output if you have a need for that. 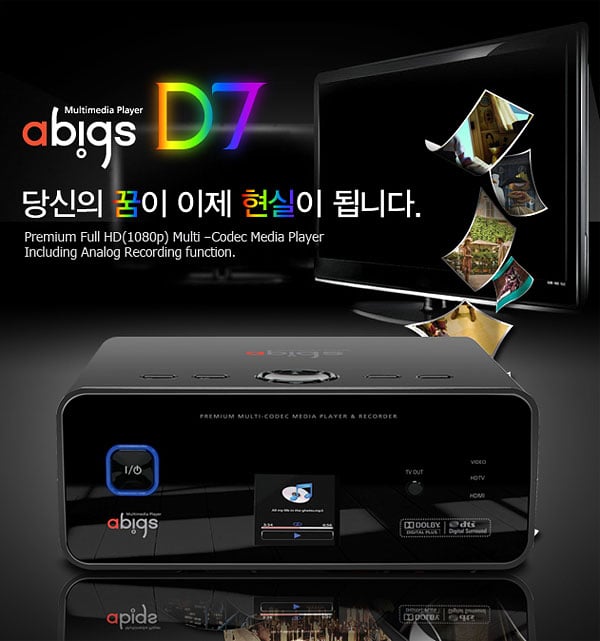 These media players are made primarily for the Korean market, but Sarotech is including menus in English and many other language as well. I was able to find the abigs T6 over on eBay for $279 (no hard drive) and $349 (with 1TB storage). The D7 hasn’t started to show up stateside yet, but I’d expect to see it very soon.