Photoshop Magnets Upgraded to Cs4, Just in Time for Cs5 to Come Out

Meninos has released an updated version of the previously featured Photoshop magnets. No new functionality has been added. And there’s still no Windows version. 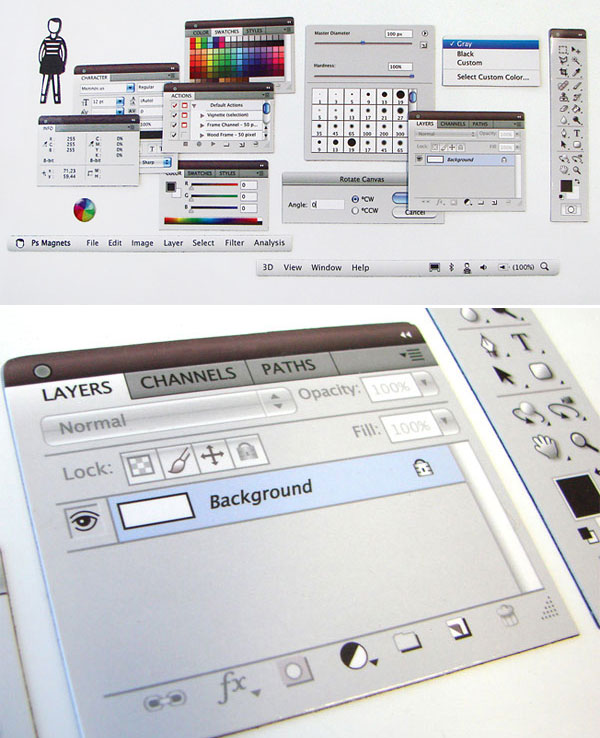 Get a set of Photoshop CS4 Magnets at Meninos for only $25 (USD). And just like Adobe, you’ll probably have to pay a pretty penny to upgrade when the CS5 version comes out.