Created by “Dr Grymm,” this steampunk contraption bears absolutely no resemblance to the iPod Nano that beats at its heart. 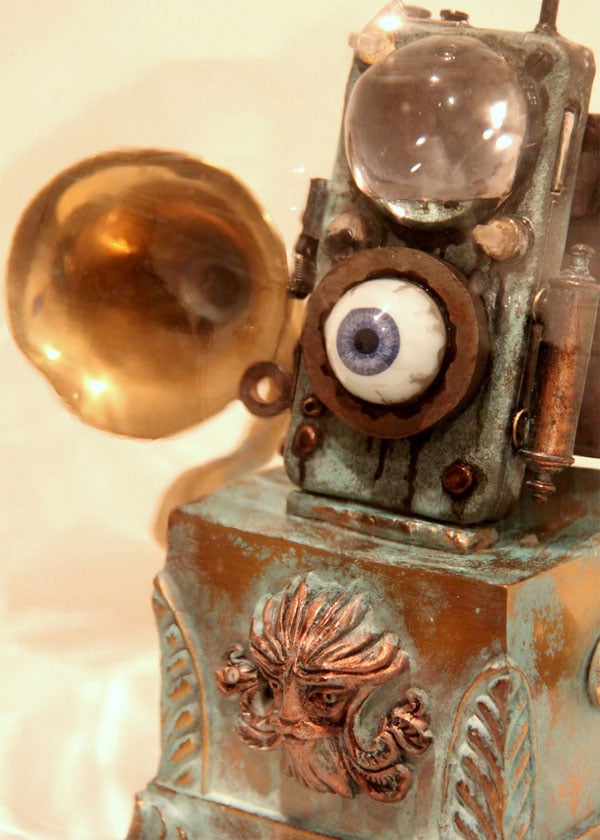 I’ll leave it to Dr Grymm himself to explain his creation:

“A custom mod of an Apple iPod Nano 1st Gen. The design is inspired by Mary Shelley’s Frankenstein. The “eye-Pod” can be worn on the wrist via the leather cuff, or placed on it’s custom Victrola base. All functionality of the iPod remain intact and a hidden USB cord retracts from the base to either a wall charger or your computer. There are hidden pressure plates that when touched send a strobing “static charge” into the quartz crystals on either side of the magnified veiwing portal. Music can be heard either through the Victrola horn or though a portable personal hearing apparatus.” 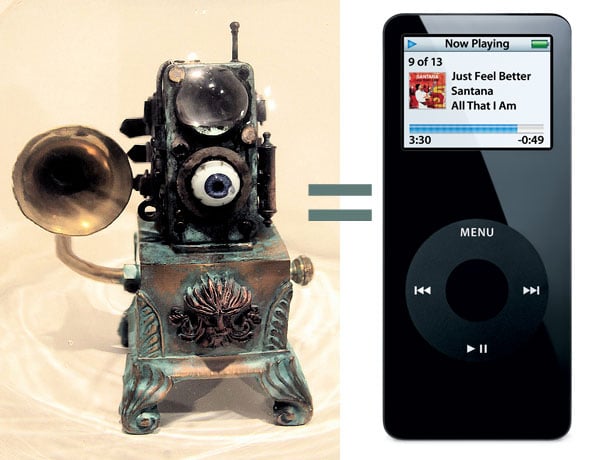 Now I haven’t quite figured out how you’d possible war this on your wrist, but maybe I just can’t figure it out without my spectacles on. To see the eye-Pod and other wondrous Victorian-era technologies up close and personal, strap yourself into your flying machine and head on over to the Museum of the History of Science in Oxford, UK for their Steampunk exhibition, which runs through February 21, 2010.